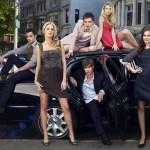 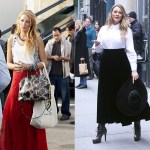 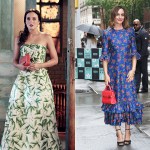 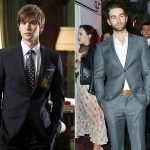 Sometimes life imitates art, and in this case, Gossip Girl actors imitate their iconic characters while out in the real world! See pics of your favorite stars dressed like their on-screen counterparts.

Hey Upper East Siders! When Gossip Girl premiered on the CW in September 2007, one element of the show immediately resonated with fans: the fashion. Whether it was Blair’s preppy wardrobe, or Chuck’s seemingly endless number of suits, Gossip Girl devotees couldn’t get enough of the now-iconic early 2000s ‘fits! Although the characters, who we were first introduced to in the young adult novel series by Cecily von Ziegesar, seemed larger than life, there are times when life imitates art. Or I guess we should say, when Gossip Girl actors imitate their on-screen counterparts. As rumors continue to swirl whether or not the cast will come together for a reunion, or better yet a reboot, we’re looking back at 11 of your favorite actors, and the times they dressed just like their characters.

First up is Blake Lively, who portrayed everyone’s favorite it-girl, Serena Van Der Woodsen. After starring in 2005’s The Sisterhood of the Traveling Pants and the 2006 film Accepted, Blake earned the role of Serena van der Woodsen on the iconic CW series. Blake gave fans a slew of great fashion moments, which eventually translated to her red carpet style as her star in Hollywood rose! She has also delivered Serena-esque looks upon occasion, like the outfit seen in the photo below, in which she paired a white button-down blouse with a long, black maxi skirt and a wide-brim hat. So Serena!

Blake’s on-screen BFF (and oftentimes nemesis) Blair Waldorf, was portrayed by Leighton Meester, who finally got her big break when she landed the role on Gossip Girl. Leighton starred on the series for its entire run between 2007-2012. During that time, she was in over 120 episodes — making an appearance in every single one of the show’s episodes. Which translates into plenty of opportunities for her ultra-preppy character Blair to serve some serious style inspiration. Although Leighton is much more dressed-down IRL when compared to Blair, she has been spotted wearing floral dresses and skirts that are reminiscent of her character. 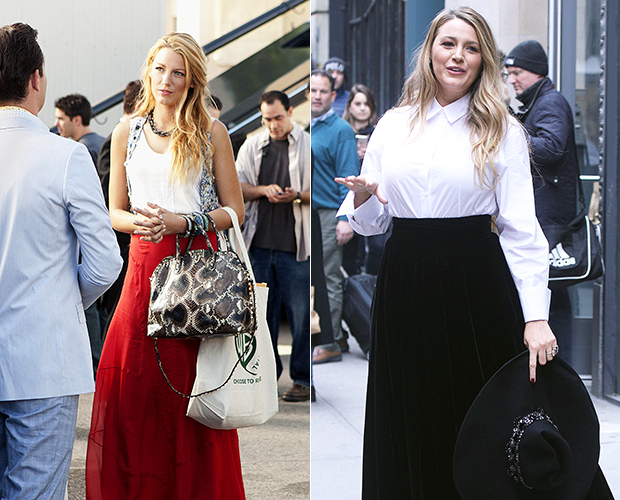 From Penn Badgley to Taylor Momsen, there were so many Gossip Girl actors whose on-screen style totally translated into street-style goals! Scroll through the gallery above to see more of your favorite stars rocking outfits similar to their Upper East Side characters.