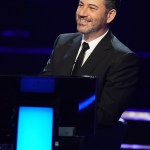 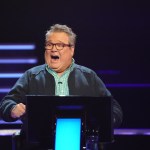 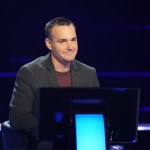 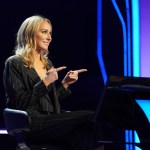 ‘Who Wants To Be A Millionaire’ is back! Jimmy Kimmel is hosting a special run of episodes and HL is breaking down the new lifeline, the celebrity guests, and everything else you need to know.

The Who Wants To Be A Millionaire 20th anniversary event begins April 8 on ABC. Jimmy Kimmel will be taking over as the host of the new episodes. The celebrity contestants include Eric Stonestreet, Will Forte, Nikki Glaser, Jane Fonda, and Anthony Anderson. They will each be playing for a charity of their choice. Eric will playing for Building Hope for Autism and Will Forte is playing for The Pangea Network.

There will be a new lifeline involved: Ask the Host. The celebrity contestant will be able to ask Jimmy a question while they’re playing. The previous lifelines have included Phone a Friend, Ask the Audience, and 50/50. For the first time in the history of the U.S. franchise, the celebrities can invite a guest to help them answer questions — anyone they want — to help them win. In the premiere, Will has invited his dad, Reb Forte, to help out. Eric will be playing with Modern Family writer and co-producer Danny Zuker.

In addition to the special, a live play-along app will allow America to compete to win the same amount of money that celebrities are playing for on the show. Who Wants To Be A Millionaire debuted in the U.S. in Jan. 2000 and became an instant hit.

Regis Philbin was the original host of the U.S. version. He appeared in a special ahead Who Wants To Be A Millionaire’s return with Jimmy. “Regis came to me in a dream, asked me to do this and promised my own line of neckties if I did.  I had little choice but to say yes,” Jimmy said in a statement. Who Wants To Be A Millionaire will air Wednesdays at 10 p.m. on ABC.