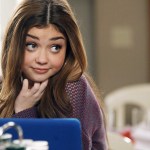 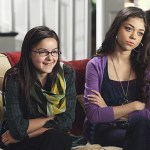 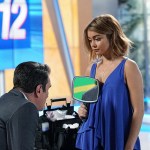 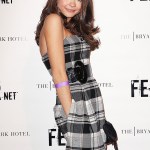 Sarah Hyland has been a mainstay on our TV screens for the past decade. As ‘Modern Family’ comes to a close, see photos of the star we’ve watched grow up since she was a teenager.

The world has been watching Sarah Hyland, 29 grow up ever since she was a teen. The actress burst onto the scene at the age of 19 when she landed the role of Haley Dunphy on the ABC sitcom Modern Family, and we’ve been watching her mature and become the incredible woman she is today ever since! As the longtime TV series comes to an emotional close on April 8, we’re taking a look back at how much Sarah has transformed since we first saw her on the silver screen in that very first season. As Haley Dunphy, Sarah brought charm, style, and whimsy to the hilarious character. But as she matured and got older, Haley definitely endured the pressures of young adulthood, much like the actress who played her.

When it came down to the final season, Sarah confessed that she wanted to see more for Haley. Sarah described how she desired to see Haley “own her badassery in the fashion world—becoming a badass stylist or brand mogul or anything like that.” Furthermore, she wanted her character to own her career while being a mother-of-two. “There are so many amazing mothers who are also hard workers and excel at their jobs and kill it every day in both aspects,” Sarah explained. “That would have been a really cool thing to see, especially from someone like Haley.”

With those complicated feelings already weighing on Sarah, it doesn’t seem that the end of the series has really quite hit her yet. “I don’t think I’m processing [the end],” she shared with Cosmopolitan. “I haven’t really felt the sadness yet.” ABC, who’s aired the series since it’s premiere in 2009, will show the final episodes back-to-back on April 8. For Sarah and her cast, it’s been an incredible road to the final destination.

Modern Family premiered in 2009 with a lot of love from audiences and critics alike. The show went on to become an awards darling, earning over 20 Emmy awards and five Screen Actors Guild awards. Now, the cast, crew, and fans who have followed the Dunphy and Pritchett family through the years will see the last chapter come to a close. The series finale of Modern Family premieres Wednesday, April 8 at 9 p.m. ET on ABC. Click through the gallery above to see photos of Sarah’s transformation over the past 10 years!