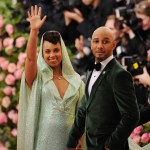 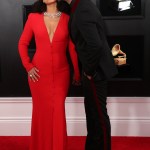 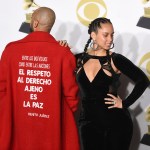 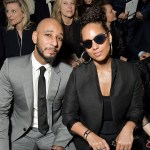 While quarantined separately, Swizz Beatz and Timbaland teamed up on Instagram Live to deliver a beats battle for the ages — but fans couldn’t help but notice Swizz’s slow WiFi connection!

Swizz Beatz and Timbaland passed the time during the coronavirus quarantine with an Instagram Live battle on March 24. The guys teamed up to appear on a joint Instagram Live, and they dropped beats back and forth. However, at one point during the live video chat, Swizz’s video kept cutting in and out, and the image appeared blurry. Fans began commenting that he needed a better WiFi connection. “I’mma need [Swizz’s wife] Alicia [Keys] to get off the WiFi and let Swizz get on because this connection [angry face],” one person wrote.

Even Diddy recognized that something was up with Swizz’s connection, as he joined the live chat on the Instagram Live to write, “Swizz WiFi ASAP.” Many fans also joked that Swizz was just pretending to have an issue with his WiFi because he was getting beat by Timbaland in the beats battle. “Swizz Beatz chokin on IG Live right now,” someone commented on Twitter. “Talking about his WiFi acting up after Timbo played an Aaliyah joint.”

Other simply got comedic relief over the producers trying to figure out how to better the connection. “Watching Timbaland and Swizz try to figure out how to get better WiFi reception was the laugh I never knew I needed,” someone wrote, while another person added, “Swizz and Timbo sound like my uncles talking about the WiFi lmao.”

This exactly what we needed. Thank you Swizz & Timbaland. LEGENDARY 🔥🙏🏽 pic.twitter.com/bLM3irB1R8

In the end, though, the consensus was that the beats battle between these guys was absolutely legendary! The whole thing lasted for several hours, and fans are still talking about it hours later. Check out some of the videos above.