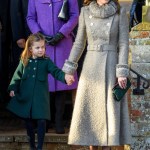 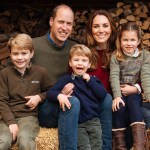 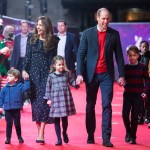 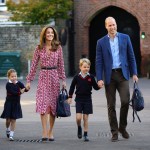 Kate Middleton & Prince William provided a super sweet moment when they shared a pic of them with their two eldest children on Mother’s Day.

Cherish these memories! Kate Middleton, 38, and Prince William, 37, lit up social media on Sunday, March 22, when they posted an Instagram photo of them giving their children Prince George, 6, and Princess Charlotte, 4, piggy back rides (you can see the pic here). The snap was shared on the Kensington Palace account where their only daughter was all smiles along with her doting mother. It was taken amid a field of sorts where the Duchess of Cambridge looked smashing in a brown sweater over a white top while her baby girl brought on the adorable in a blue sweater and black pants. Fans of theirs were delighted to see their family bonding moment, with one writing, “This is so sweet. I was hoping they would release photos for Mother’s Day and I’m delighted they did.”

There was much more to be seen in the set of photos released on Mother’s Day, which traditionally takes place two months earlier across the pond than it does in the United States. They also shared a photo of Kate when she was a baby being held by her mother Carole Middleton, 65, and another of the late Princess Diana with William and his younger brother Prince Harry, 35. William & Harry cozied up to their mother in the bittersweet pic that left many feeling emotional.

But wait… there’s more! Prince George may have a future in the world of art as the Kensington Palace Instagram account also shared a delightful photo of the Mother’s Day card he made for Kate. He drew a yellow vase with a heart in the middle that had roses shooting out of it. The vase stood on a blue and yellow countertop amid a clear blue sky in the background.

Harry & Meghan, meanwhile, posted a simpler message surrounding Mother’s Day on The Sussex Royal Instagram account. “No matter what you call your mum, this Mother’s Day in the UK, we honor the mums all over the world who do so much every single day, and now more than ever,” the caption read next to a similar message as the photo.