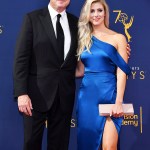 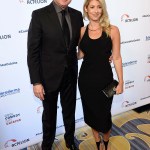 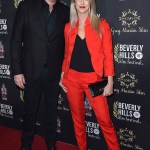 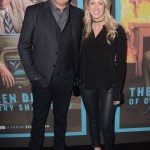 Bob Saget’s taken up cleaning while self-quarantined, and he’s worried that he’s turning into Danny Tanner! Can he just Cut. It. Out?

Whatever happened to predictability?? In real life, Bob Saget‘s a comedian who favors raunchy and sometimes offensive humor — far from the incredibly wholesome father and news anchor he plays on Full House and Fuller House. But days of self-quarantine amid the COVID-19 pandemic have melded fact and fiction. He’s going full Danny Tanner! Bob, 63, revealed to his fans on Twitter that he’s going stir-crazy while spending so much time at home, and he’s becoming a little too domesticated. “Oh. My. God. I spend my day cleaning and vacuuming and sanitizing everything in my house,” Bob tweeted on March 19. “I have become Danny Tanner.”

The former America’s Funniest Home Videos host’s tweet is especially funny to fans of his comedy, who know he’s anything but the corny family man who can’t get enough of cleaning and organizing. “I don’t know why anyone would pay to see my Full House character, unless they wanted their eyes checked. He looks like an accountant,” Bob said about his standup during a 2016 interview with The Spokesman-Review. “Unless it’s a 16-year-old millennial who doesn’t understand why Bob is talking like that on Twitter when he’s Danny Tanner. That’s someone who also believes that Anthony Hopkins eats people.” His 2014 memoir was even called Dirty Daddy.

Bob is far from the only celebrity who’s going bonkers while self-isolating at home. Cody Simpson, 23, confessed on Instagram that he’s “starting to crack.” The “Pretty Brown Eyes” singer proved just that by posting a video of himself doing the worm for his fans. We feel you, dude.

Oh. My. God. I spend my day cleaning and vacuuming and sanitizing everything in the house. I have become Danny Tanner.

And Ellen DeGeneres, 62, is so bored that she’s just cold calling all of her celebrity friends while hanging upside down on her couch. The talk show host, who’s cooped up at home in Los Angeles, dialed up Justin Timberlake and Jessica Biel, and John Legend and Chrissy Tiegen. Spoiler: they’re also bored out of their skulls.