Seduction isn’t the only thing that sells, and Reese Witherspoon knew that when she was an up and coming actress in Hollywood. The now seasoned Oscar winner “always had a thing about exploiting sexuality,” she tells Vanity Fair in the magazine’s new April issue, published online on March 17. Reese covers the magazine in a powder pink layered gown.

Instead, the Little Fires Everywhere actress, 43, built an iconic film career, both acting and producing, with an intelligent, comedic foundation. — A blueprint she followed from ” my idols, my heroes” including, Goldie [Hawn], Holly Hunter, Diane Keaton, Nancy Meyers. Reese referred to the latter group as “smart and funny.”

When discussing sexuality in the acting world, the interviewer went on to point out that there are no pictures of Reese wearing a jacket with no shirt. Reese nodded. “When I came up in the business, there were all these men’s magazines we were told to cater to,” she said, explaining, “I was never in ‘Maxim.’ I was never picked as a ‘GQ’ girl, and I’m okay with that because that’s not how I wanted to be viewed. That’s not how I see myself.” 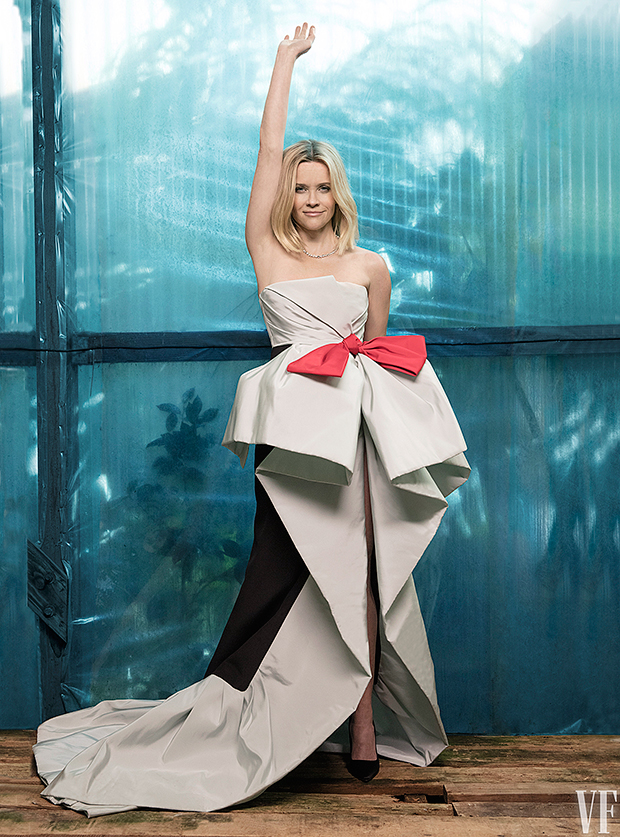 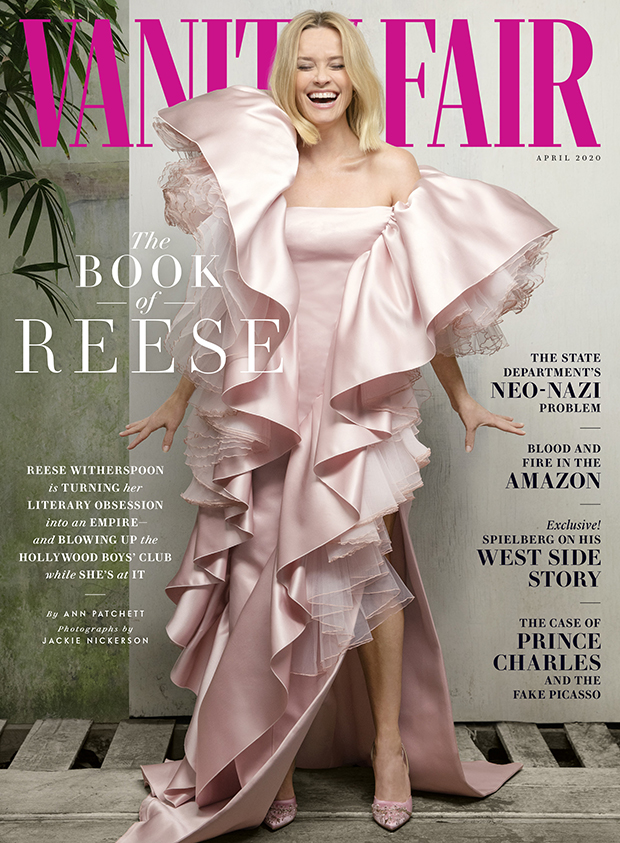 Reese also opens up about being taken advantage of as a child actor, and reveals how the #MeToo Movement and social media helped her to speak up about it.

“Bad things happened to me. I was assaulted, harassed. It wasn’t isolated,” said Reese, who revealed in 2017 during a speech at Elle’s Women in Hollywood event, that she was sexually assaulted by a director at age 16.

“You tell your story in your own time when you’re ready,” said Witherspoon… There wasn’t a public reckoning 25 years ago when this stuff happened to me. There wasn’t a forum to speak about it either. Social media has created a new way for people to express themselves that I didn’t have. That’s the great strength in power and numbers,” Reese explained. “I think we have a lot of judgment and that’s unfortunate because we’re all tender-footed in these new times. We’re trying to find our identity,” she said, noting, “That’s what I really like about ‘The Morning Show.’”