Sophie Turner was photographed arriving back in Los Angeles on Tuesday, following a friends getaway to Cabo with husband Joe Jonas. The Game of Thrones actress, 24, looked comfortable in a white hooded sweatshirt, matching pants and sneakers on March 11. The fresh-faced blonde, who is reportedly pregnant with the couple’s first child, carried a tote bag on her right shoulder and her cell phone in the same hand.

Sophie and Joe’s vacation to Mexico with friends was reported to be a “babymoon” of sorts, amid rumors that the actress is expecting. However, the couple has not addressed or confirmed the pregnancy reports. Meanwhile, Sophie has been photographed in baggy clothes since the news first broke in mid-February.

The new photo also comes after Sophie and Joe were seen shopping for baby clothes in Studio City, CA on March 4. The Dark Phoenix star and the “Sucker” singer, 30, were pictured flipping through a rack of what appeared to be male items. They seemed to be looking at kids’ costumes. 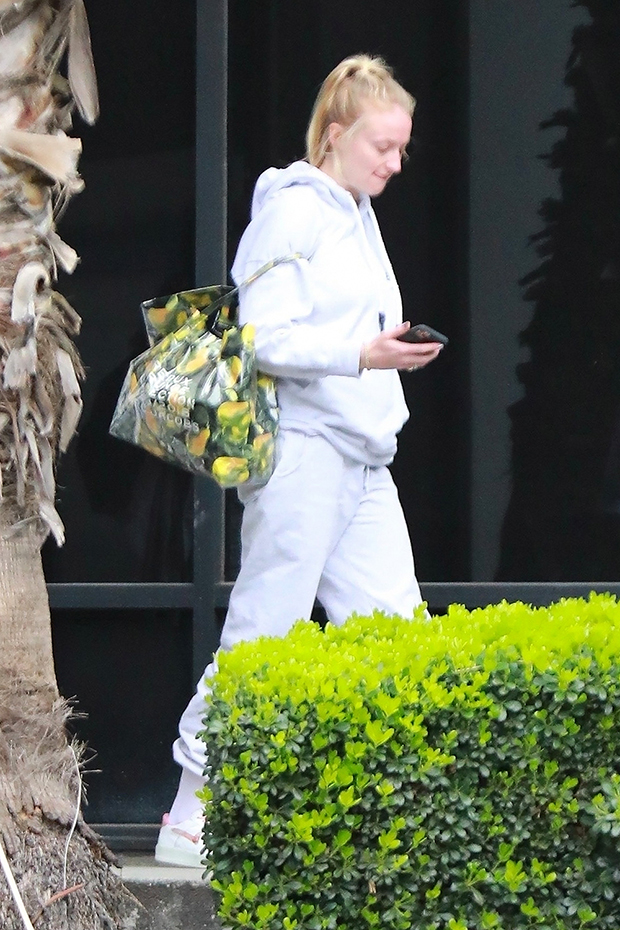 The pregnancy buzz is making its rounds not too long after Sophie and Joe got married on May 1, 2019, in Las Vegas. The ceremony, which was officiated by an Elvis impersonator at A Little White Wedding Chapel, occured right after the Billboard Music Awards. Nearly two months later, they said “I do” for the second time in a formal ceremony in the South of France.