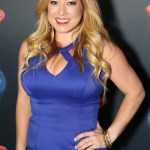 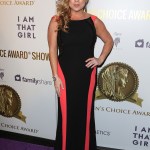 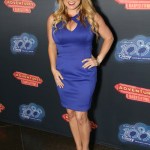 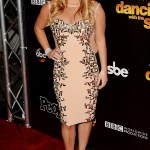 A new cub in the pack! Former ‘Cheetah Girls’ star Sabrina Bryan announced on Instagram that she and her husband, Jordan Lundberg, are expecting their first child together!

Congratulations to the expectant parents! Sabrina Bryan, 35, and her husband of nearly two years, Jordan Lundberg, are expecting their very first child together after tying the knot in 2018. Sabrina took to her personal Instagram account on March 6 to share the exciting news with her over 130 thousand followers. In the carousel post, the former star of Disney Channel’s The Cheetah Girls movies shared two photos. Sabrina was positively beaming looking at her husband while simultaneously showing off the images from her sonogram. “Our love story continues…The Adventure of Baby Lundberg 💙✨💗,” Sabrina captioned the photos.

As expected, a slew of fans and followers sent Sabrina a ton of well wishes and congratulations. “Omg! So happy for you,” one fan wrote with a string of exclamation points. “the best news I’ve seen on Instagram in a long time,” another follower chimed in. Of course, the absolute joy of the moment was wholly captioned on Sabrina and her husband’s beaming faces. The couple started dating in 2011, and became engaged in April 2017 after six years of dating! They married on Oct. 6, 2018.

While Sabrina hasn’t made a slew of appearances on screen in some time, fans know her well from her Disney Channel days. The actress, singer, and dancer starred in The Cheetah Girls films between 2003 and 2008. Following her time with the Disney Channel original movies, Sabrina went on to compete on the fifth season of the reality competition series, Dancing With The Stars. Although an early favorite to win, Sabrina was shockingly sent home, along with her professional partner, Mark Ballas, by the season’s sixth week. She later returned for the shows 15th Allstars season and was partnered with Louis Van Amstel. They were eliminated by week six.

Now, Sabrina is hanging up her dance shoes and officially ushering in an thrilling new chapter of her life! As the star begins her pregnancy journey, we cannot wait to see her document each new, exciting moment for her fans!