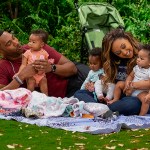 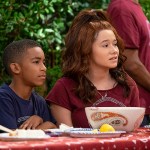 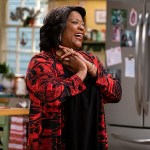 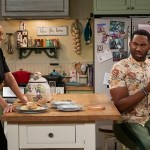 ‘Family Reunion’ season 2 is on the way and HL talked EXCLUSIVELY with Talia Jackson about Jade’s journey, season 2, and her music.

Talia Jackson is one of the many talented stars of Netflix’s Family Reunion. The show has been renewed for season 2, which means we’ll be getting more of the McKellan family. Talia plays Jade McKellan, Cocoa and Moz’s eldest daughter. The actress already has some ideas about what she’d like to see happen for her character in future episodes. “I want to explore her academic side because we get a little peek of how she is in school, and from what we see she doesn’t really put herself out there that much with her homework and just grades and whatnot,” Talia told HollywoodLife. “But I would love to see where she really stands. If she really is just a very smart young lady and she just doesn’t work hard enough for that. I also really want to see more of her school life. I didn’t see a lot of her school friends and what she does at school [in season 1].”

Even though Jade is a fictional character, Talia admitted that Jade’s journey has mirrored her own. “I feel like Jade’s journey is a little bit like a mine in a sense except a little opposite because I grew up in Madison, Wisconsin, until I was like six or seven years old,” Talia continued. “I still go back and forth. I like to spend my summers out there to get away from the Hollywood life. But I would say for Jade it’s different because she’s coming from Seattle, which is a little more like Los Angeles, and moving to Columbus, which is a little more like Wisconsin, and she’s trying to figure out herself in the same way that I did. When I moved out here from Wisconsin, I felt like I kind of came into the person I was meant to be. Although it did take me a while and it takes Jade little bit too, we both become more accepting of our natural selves.”

Tia Mowry-Hardrict plays Talia’s onscreen mom in Family Reunion. Talia revealed that Tia has been so helpful throughout this journey. “I love Tia. She’s like my second mom pretty much,” Talia gushed. “Especially when I’m on set, she hops into mom mode and is automatically protective. We have the same type of food restrictions and we kind of like work the same way with our brains and our bodies and everything.

Talia is also a talented singer as well. Her new single “5FIVE” is out now. She opened up about how she’s balancing acting and music. “I’ve started to write for both film and television and music, of course,” Talia said. “I kind of do it in my free time. Of course, I’m going back to work now on set so that’ll slow down a little bit, but I co-wrote my songs with another producer and I like to write scripts on the side, too, because I just feel like it’s good to get what’s in my head on paper, you know? Even if it doesn’t go anywhere, it just is kind of soothing and like relaxing, to get it all out.”