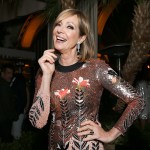 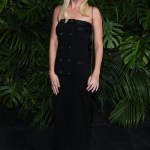 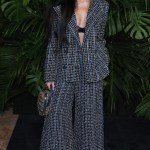 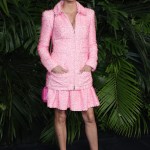 It’s Hollywood’s biggest night: the Academy Awards! Ahead of the 2020 ceremony, find out when the Oscars start, how to catch every exciting second, and more.

It’s the day that film aficionados, movie maniacs, and discerning cinephiles have been looking forward to all year: the 92nd Academy Awards. Taking place on Sunday, February 9, this year’s Oscars could be the most star-studded, exciting event in Hollywood’s storied history. Will Scarlett Johansson win either of the two Oscars she’s up for? Will Cynthia Erivo pull off the EGOT? Will the Academy Awards follow the Golden Globes and award 1917 the Best Picture, or will they give it to The Irishman? Will Joaquin Phoenix follow Heath Ledger and win the Best Actor award for his take on The Joker? There’s only one way to find out, and that’s by watching the ceremony when it starts at 8:00 pm ET.

How To Watch: The Oscars will be broadcast live on ABC, according to the Oscars official website. Exclusive red carpet coverage begins at 6:30 pm EST, followed by the ceremony at 8 pm. Tune into your local ABC station to watch every second. Fans without a television can watch the events online through ABC.com or with the ABC app (though, they will need a participating TV provider, aka a cable/satellite subscription.) For those who want to cut the cord, ABC is available on internet-based television services like SlingTV, Hulu with Live Television, YouTube TV, and the such.

So, what do I need to know? First off, Scarlett Johansson could leave the Academy Awards with two more Oscars than she had going in. She’s only the 12th person in the ceremony’s near-century of existence to receive two acting nominations in the same year, according to the BBC. She’s up for Best Actress (Marriage Story) and Best Supporting Actress (Jojo Rabbit). She’s up against Cynthia Erivo (Harriet) Charlize Theron (Bombshell), Saoirse Ronan (Little Women), and Renée Zellweger (Judy) in the Best Actress award. If Cynthia wins, the 33-year-old will be the youngest EGOT (Emmy/Grammy/Oscar/Tony) winner in history. Cynthia is also nominated for Best Original Song since she co-wrote Harriet’s “Stand Up.” That may be the way she pulls off the EGOT since everyone seems to be going gaga over Renée’s take as Judy Garland in Judy. Her role has already won her the Golden Globe and the BAFTA, and there’s nothing the Academy Awards loves more than a biopic (Walk The Line, Milk, The King’s Speech, A Beautiful Mind, Bohemian Rhapsody, Erin Brockovich, Green Book, etc.)

Though, the winner of Best Picture might come down to 1917 and Parasite. The two films are the favorite in the category, and they’re going up against Marriage Story, The Irishman, Ford v. Ferrari, Jojo Rabit, Joker, Little Women, and Once Upon a Time In Hollywood. Despite Little Women being up for the top prize, its director, Greta Gerwig, was denied a Best Director nomination (and once again, the category is all-male.)

The night will also see performances from Elton John, Cynthia Erivo, Chrissy Metz, Randy Newman, and Idina Menzel with Aurora. These stars will perform their respective Best Song-nominated tracks. Billie Eilish and Janelle Monáe will also perform, though it’s unclear what and why.