Wendy Williams squeezed in a dig at Nicki Minaj on her Wednesday morning show after she congratulated Safaree Samuels and Erica Mena on the recent birth of their baby girl. “Nicki Minaj is probably some place trying to one up them by getting pregnant as I speak,” the talk show host, 55, said about the “Pink Print” rapper. Nicki and Safaree dated for over a decade before they split in 2014.

After Wendy’s comment, viewers in the audience oohed with surprise — a clear indication of the host’s recent feuding history with Nicki. As for Wendy’s reaction? — “Nicki is married to a man named Kenneth Petty, which makes Nicki, Mrs. Petty,” she said, adding, “What? That’s all.”

Back in October, Nicki married her teenage sweetheart, Kenneth Petty, who has a known criminal background. While covering their relationship on her show, Wendy seemed to hone in on Petty’s dark past, having noted numerous times on her show that he is a registered sex offender, among other things. After remaining quiet throughout the numerous attacks against Petty, Nicki finally addressed Wendy’s comments in a lengthy rant on her Queen Radio show last November. 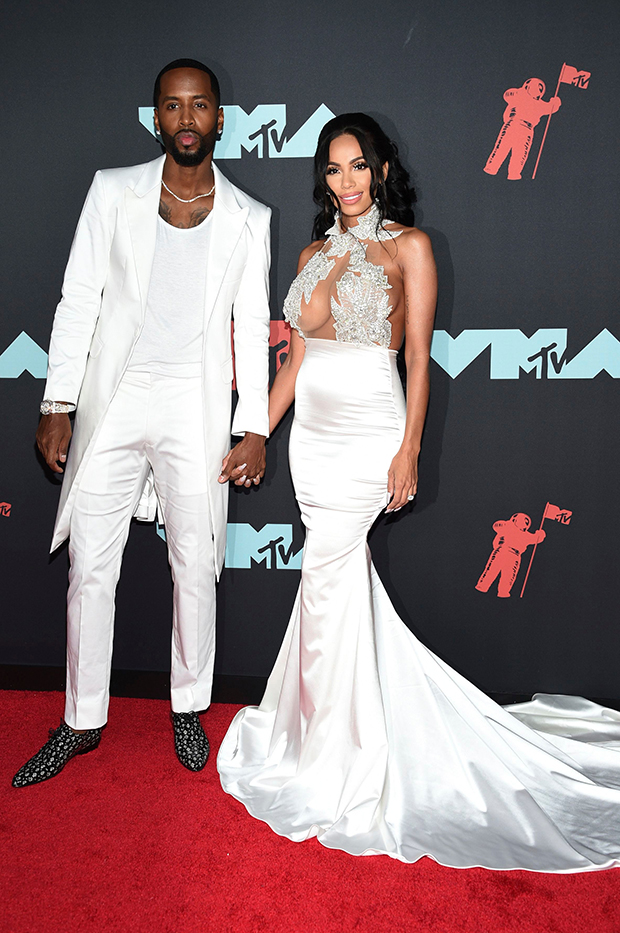 “It’s not about doing your job,” Nicki about Wendy, who’s known for saying “I’m just doing my job,” when covering celebrity headlines on her show.

“There are people who report the news and there are people who do it with an evil intent in their heart, viciousness. And I pray for you because I know you’re hurting and I know you must be sick and humiliated,” Nicki continued. Elsewhere in her rant, the rapper took a few shots at Wendy about her April 2019 divorce with Kevin Hunter Sr., who secretly fathered a child with his mistress.

Anyway, we’d like send a big congratulations to Safaree and Erica, who welcomed a healthy baby girl over Super Bowl weekend. Safaree confirmed the news in a post on Instagram on February 4.

“These past 24 hrs have been an adventure to say the least!! I’m a part of the #girldad club now,” he captioned a photo of his daughter holding his finger.  \ “Perfection is here [heart emoji] #safaree.”

This is Safaree’s first child, and Erica’s second. The couple said “I do” at the lavish Legacy Castle in New Jersey on October 7, 2019.