Jessica Biel and Justin Timberlake are going strong just two months after the public drama with his Palmer co-star, Alisha Wainright. The couple attended the LA premiere of USA’s The Sinner season three on Monday night, where they appeared to be in good spirits. The “Say Something” singer, 39, and the 7th Heaven alum, 37, were all smiles as the stood close together for photos at the event. — Their first public appearance since the November scandal broke.

After starring in season one of The Sinner, Jessica is now one of the show’s producers. She walked the red carpet solo in a black and white plaid blazer and a tight pencil skirt, before she met up with Justin inside the event. The singer looked handsome in an all-navy ensemble, which included a suit jacket, sweater and pants. JT sported his signature scruffy beard at the premiere.

The public outing comes just a few days after Justin celebrated his 39th birthday, which his wife acknowledged in a sweet Instagram post. “Happy birthday to the most timeless man I know. You somehow grow up without growing old. We love you so much ❤️🎂,” Jessica wrote, alongside a series of romantic snaps of them through the years. 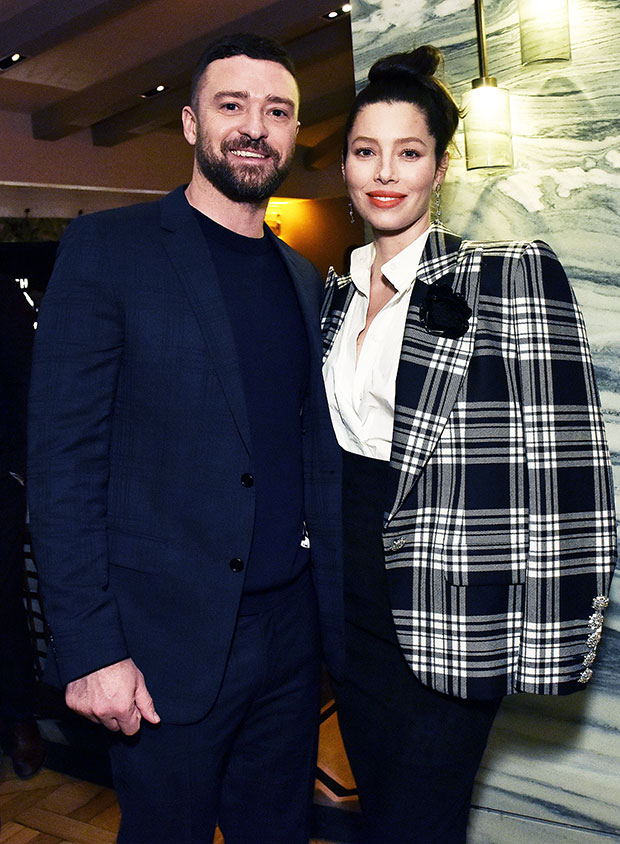 Justin Timberlake and Jessica Biel at ‘The Sinner 3’ premiere in in Los Angeles, CA on Monday, February 4, 2020. (Photo credit: REX/Shutterstock)

It was back in November that photos emerged of JT and his co-star Alisha, 30, appearing to be more than friends. The actors were pictured getting cozy during a cast outing at a bar in New Orleans on November 23, with one photo capturing the two holding hands under a table while partying on the bar’s balcony.

Justin later released a public apology to his wife and their 4-year-old son, Silas.

“A few weeks ago I displayed a strong lapse in judgement — but let me be clear — nothing happened between me and my costar,” he wrote in a note on on Instagram, December 4, admitting, “I drank way too much that night and I regret my behavior. I should have known better.”

“This is not the example I want to set for my son,” Justin continued. “I apologize to my amazing wife and family for putting them through such an embarrassing situation, and I am focused on being the best husband and father I can be. This was not that.”