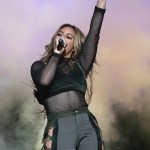 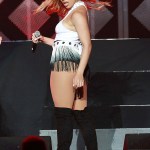 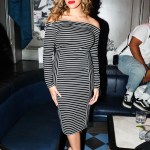 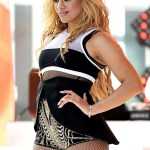 Dinah Jane’s star is on the rise, and she’s having the time of her life. The singer opened up about her excitement about dropping her new single, her solo tour, and more in our exclusive interview.

Dinah Jane is unstoppable! The “Bottled Up” singer, 22, is about to drop her debut album, and a new single on February 14. And, just two months later, she’ll embark on her first solo tour with Agnez Mo. Needless to say, the Fifth Harmony member is beyond pumped for 2020, she said in our EXCLUSIVE interview. “I feel really excited. I don’t know how else to feel,” Dinah told HollywoodLife at the pre-Grammys Spotify Best New Artist 2020 party on January 23. “I am nervous at the same time, just because this is a big moment right now. I am excited to drop more music, and have my fans come out and enjoy, you know, the vibe and what I am about to give back.”

Dinah delighted fans when she dropped her EP, Dinah Jane 1, in April 2019, which featured the hits “Heard It All Before”, “Pass Me By”, and “Fix It”. While he hasn’t announced the release date for her full, debut album, she revealed that her single, “Missed a Spot,” will drop on Valentine’s Day! “My record’s coming out on February 14th,” Dinah dished. “I’ve been having it for a minute now, and I think [Valentine’s Day] was the perfect time to release. It’s just something really silky and kind of flirtatious.” As for what we can expect from her upcoming single — it samples “Down Under”, the 1980s classic by Men At Work.

“I just love that [I’m] stepping into this mature image for me, personally,” Dinah told us. “It’s something that I haven’t been giving to my fans as a solo artist. So I am really excited to get this track together.” Catch Dinah on tour this spring, starting April 7 in Phoenix, Arizona!