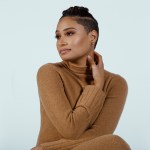 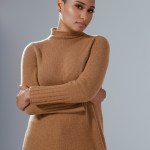 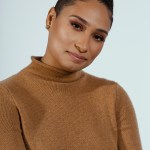 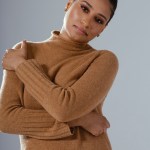 Ahead of the season 1 finale of ‘The L Word: Generation Q,’ actress Rosanny Zayas spoke to HL about what’s about to go down — specifically between Dani & her character Sophie!

If last week’s episode of The L Word: Generation Q shocked you, then just wait for the season finale that is about to air on Sunday, Jan. 26, at 10 PM ET! Actress Rosanny Zayas, who plays Sophie in the show, spoke to HollywoodLife.com about the first season of the show and how the finale will rock fans’ worlds! “I think you see a part of Sophie that you have not seen before. That’s really exciting,” she teased about her character’s storyline. “Big things are happening. It’s so much, I wish I could say. Ginormous.” This season, we’ve seen Sophie and her fiancé Dani go through many ups and downs, but things took a major turn when a distraught Sophie kissed Finley in the hospital. Now, she’s fighting against her chemistry with Finley, while Dani is proposing the two women flee to Hawaii to get married, escaping the pressures from her overbearing father.

“It was very clear how the writers were establishing the way Dani’s father felt about Sophie. It’s a very familiar feeling for a lot of people, especially people of color in America having to deal with situations like that, but it’s a shocker,” Rosanny explained, specifically referring to an earlier episode, in which Dani’s dad wanted Sophie to sign a pre-nuptial agreement before the two married. “I remember being shocked that they were going to put that in there. That’s just a such a huge test to any relationship. It tests just the trust. Isn’t that what love supposed to be about? It’s a big mess and it’s something that happens in real life, which is sad because you’re prioritizing money over humans.”

While Sophie and Dani have endured their struggles throughout the season, Rosanny revealed that she is rooting for them to end up together! “A part of me always wants to see couples like this win. So in creating her, I really thought about that. I really thought about the love, and the respect, and the kind of person that I wanted Sophie to be. I wanted people to relate to her in that way.”

Tune in to Showtime on January 26 at 10 PM EST for the season one finale of The L Word: Generation Q and see what happens with Dani and Sophie! Could there be a wedding!?