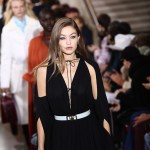 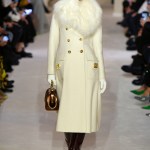 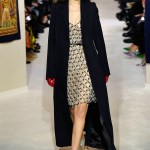 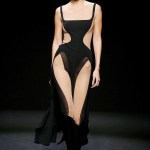 What a way to make a runway debut! Paris Jackson looked like a natural among A-list catwalk models. She donned a snakeskin outfit for Jean Paul Gaultier’s final Paris Fashion Week show.

The Jean Paul Gaultier Spring/Summer 2020 Haute Couture show on Jan. 24 saw some of fashion’s most famous models walk the runway, as the legendary 67-year-old designer presented his final collection before retiring. Veterans Gigi, 24, and Bella Hadid, 23, Winnie Harlow, 25, Irina Shayk, 34, and Project Runway host Karlie Kloss, 28, hit the catwalk, joined by first-timer Paris Jackson, 21. The Soundflowers musician made her runway debut and completely owned it with a confident walk in an incredible snakeskin outfit.

Paris looked like a complete natural strutting her stuff. She modeled colorful snakeskin pants that showed off her long, toned legs. She donned matching platform shoes made from the same fabric to give her extra height. The rest of her look was so bohemian, like Paris’ natural streetwear style tends to be. She had a slightly sheer patterned top in the same colors as her pants, and wore a long-sleeved, printed duster coat that she tossed in the air with tons of flair. For her first runway, Paris sure knew how to work the design!

Her look was completed by plenty of red bracelets on both wrists, long orange and purple beaded necklaces, as well as a number of chokers for accessories. She wore her sandy blonde hair down, and was styled to have a green beaded headband to give her a full-on modern hippie look. The outfit covered her entire body, hiding Paris’ array of tattoos and showing just her gorgeous face.

Paris signed with IMG models in 2017, but this was her first time walking a fashion week runway. She’s been focused on a career in music like her famous father, the late Michael Jackson. In 2018, she and boyfriend Gabriel Glenn joined up as a musical duo The Soundflowers. Their style mirrors her boho vibe, as they both sing, while Paris plays the ukulele while Gabriel plays an acoustic guitar.