Larsa Pippen knows how to work a red carpet! The former reality star turned heads in a silver dress at the Abyss By Abby – Arabian Nights Collection launch party on Tuesday night. The event, which Khloe Kardashian also attended, was held at Casita Hollywood in Los Angeles.

Larsa showed off her amazing figure in a sparkling strapless dress with a left thigh-high slit. She stepped out in silver open-toe stilettos with three front straps, and carried a bedazzled clutch. The mom of three accessorized with a silver diamond bracelet and earrings.

“Ladies night,” Larsa captioned a series of videos from the event on Instagram. The clips showed her, along with the woman behind the event, Australian designer Abby Kheir and a friend dancing to “Pure Water” by Migos. Larsa gave a closeup look at her pink eye makeup and matching lip, which she coordinated with her pink nails and toes. She was later spotted at Craig’s restaurant in her same silver gown, following the event. 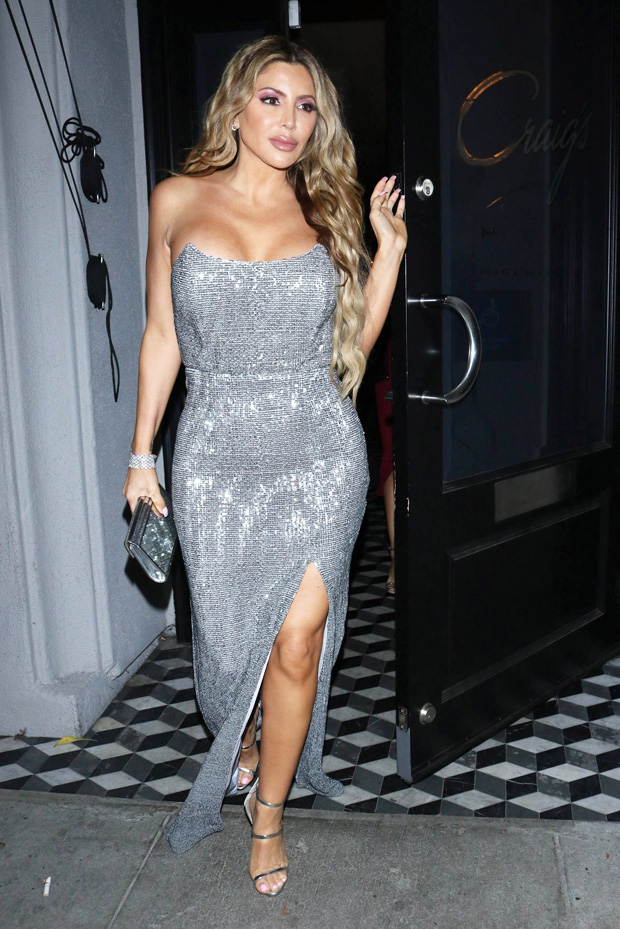 Khloe Kardashian was in attendance to support the designer, who she is friends with. She looked radiant at the event in a silver metallic HERA dress by the brand that featured one shoulder with a center cut-out. The KUWTK star bared her right leg through a daring slit that opened all the way up to her hip. Khloe walked the red carpet solo at the event. The launch party for Abyss By Abby celebrated its new collection “GODDESS WITHIN” and also featured a performance by Tyga.