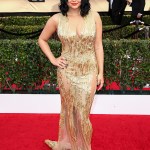 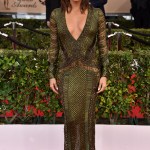 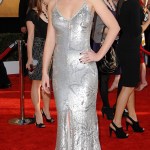 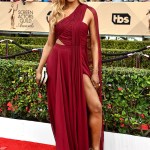 Instagram fans saw Courteney Cox ‘like’ multiple photos of Jennifer Aniston and Brad Pitt’s reunion at the SAG Awards, and insiders explain what exactly excited her about the viral moment.

Courteney Cox, 50, cheered alongside fans after seeing photos of Jennifer Aniston, 50, and Brad Pitt, 56, reuniting backstage at the SAG Awards on Jan. 19, but she had her own unique reasons for giving the pictures a “like” on Instagram. “Courteney’s thrilled to see Jen and Brad on such great terms. But more than that, she loves seeing her best friend so happy. Jen is having a moment and it’s only natural Courteney is cheering her on,” a source EXCLUSIVELY tells HollywoodLife. However, Courteney didn’t ship the reunion in hopes that Jen and Brad would get back together (as some fans did).

“It’s not about romance, it doesn’t have to be about that to be meaningful. This is about real friendship,” our source explains. “Courteney thinks it’s a beautiful thing that they can still see and appreciate the good in each other.” Not all ex-spouses could achieve this, especially if they were put through Brad and Jen’s situation. After announcing their split in Jan. 2005, Brad went on to have a very public relationship with his future estranged wife, Angelina Jolie, 44, and Jen infamously said “there’s a sensitivity chip that’s missing” in Brad during a 2006 interview with Vanity Fair. Look how far they’ve come!

Regardless, Jen and Brad shared a strong connection after tying the knot in 2000, and Courteney knows this. “Courteney and Jen are best friends and they love seeing each other happy. They have both been through it all when it comes to relationships and they confide in each other constantly. Court knows how important Brad was to Jen,” a second source EXCLUSIVELY tells HollywoodLife.

Courteney also has a high opinion of Brad, despite how the end of his relationship with Jen played out. “Court thinks Brad is a wonderful guy and the fact that Brad and Jen are friends again makes Courteney really happy because she knows that it makes Jen happy,” our second source adds. “Talk about a win win situation, that is what is happening here in Courteney’s eyes.”

Brad and Jen really do share a sweet friendship now, 15 years after their split. In addition to their backstage reunion at the SAG Awards, Brad was seen with a giddy smile on his face as he watched Jen accept her award for “Outstanding Female Actor in a Drama Series” in a backstage room. Jen caught wind of this show of support, and she later gushed to Extra that her ex-husband was so “sweet” to watch her special moment amid the busy night.