Leah Messer, 27, has been extremely open with fans since starting her journey on ‘Teen Mom 2’ in 2011, but now, she can add author to her resume as she prepares to release Hope, Grace & Faith, a memoir about her life in May 2020 and she found the journey to be quite emotional. “During the writing process I told myself I get to be extremely vulnerable,” the mother to daughters Aleeah Simms, 10, Aliannah Simms, 10, and Adalynn Calvert, 6, told HollywoodLife EXCLUSIVELY. “The purpose behind the book is for others to be just as vulnerable and be able to share their truth without feeling shameful. For the longest time I think there were a lot of things in my life that happened that I felt ashamed of, definitely.”

Though the reality star and author has been very open about her  addiction to prescription pain pills in the past, she assures readers that the book will take a deeper dive than ever before, including her scary suicidal thoughts. “Some of it played out on TV, some of it didn’t play out on TV because you can’t fit everything into an hour episode,” Leah said. “Some things that are in the book would be the whole situation revolving around me having an addiction and how all of that happened and where it led me to. I was suicidal and I go into details about exactly how I was suicidal and why I was suicidal. And had it not been for my kids, which is why I named my book Hope, Grace and Faith, I wouldn’t be here today. There would be no Leah. My kids wouldn’t have a mom had it not been for also MTV and [manager] Lindsay [Rielly], but yes. Those two things will be in there. There’s also a lot more, so they just really get to see my life from my perspective and not what they’ve seen on TV. So I feel like so many people are going to be able to connect with me more and understand where I came from, my childhood up until leaving for Arizona.”

While working on herself from the inside is important, so is the outside, as Leah spent some time recently in Hawaii for some R&R while also working. During the retreat, she spoke in front of a large audience about her memoir at the 2020 Vision Wellness Retreat hosted by Lindsay Rielly, founder of Live Your Standard and Co-hosted by Pete Bone at the Ritz-Carlton, Kapalua, Maui. Though she admits used to have trouble speaking in front of others, those days are now behind her because of all the work she’s put in. “It was hard because I had to reconnect with trauma in my childhood that led to decisions I made in my adult life,” Leah revealed. “It was going back to when my dad was very — Going back to sexual abuse and physical abuse, it was trying at times. I had a few very emotional phone calls. But at the end of the day the bigger vision, the bigger purpose is what is going to make it all worth it because I know other people are going to be able to stand for their truth, stand for their stories and not hold back from truly living their fullest potential.” 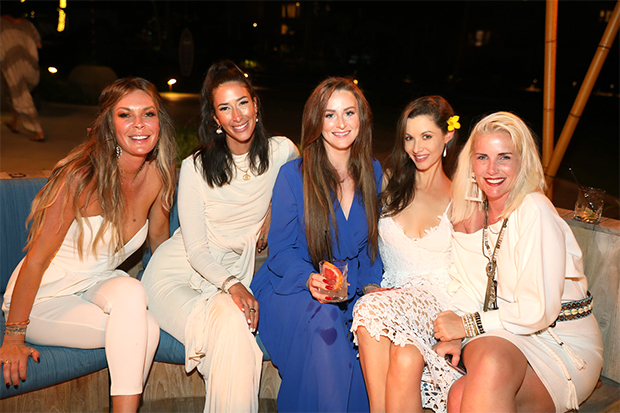 One thing is for certain though — Leah knows her days of addiction are long gone as she continues to move forward focusing on her beautiful daughters and budding career. “I personally don’t struggle with it just because honestly when I went to Arizona I made my mind up,” Leah said of how she keeps on the straight and narrow. “I talk about how when I had Addie, they had me on morphine in the hospital when I had Addie. No one knows this because we actually weren’t even filming around this time. We took a break. And after I had Addie they just kept giving me pain medication and I kept taking them, I was very naive. And all of that is in detail and in my book. Not even to this day I don’t have things that come up to where I want  — When I dropped it, I dropped it. There was no going back. Going through all of that I didn’t see what the world was seeing, which is also why I get to connect with others that are struggling with addiction, struggling with maybe breaking familial cycles. At that time in my life, honestly everyone could’ve told me until they were blue in the face that there was an issue. And it’s almost like when you’re struggling and in that place you don’t see it. It’s like you’re a completely different person in the same body. I think a lot of people, they don’t really realize that.”