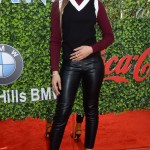 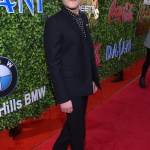 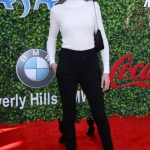 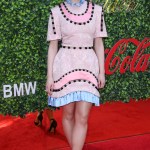 The Golden Globes are just a day away, and celebrities are already coming out to play. Nominees and other stars hit up tons of pre-parties before walking the red carpet on Jan. 5, and we have the pics!

Forget the after parties. The Golden Globe Awards pre-parties are where all the action’s at. The nominees, their dates, and basically everyone who’s anyone in Hollywood have spent the week leading up to January 5 celebrating the most fun awards show of the year — and the first major one of the decade. From swagged out bashes hosted by networks, to low-key hangouts at home with champagne and friends, nominees like Saoirse Ronan (Little Women) and Nicole Kidman (Big Little Lies), made sure to get down before waiting to hear their name called on Sunday night.

Two of the biggest parties that happened in Los Angeles on January 4 were the 7th Annual Gold Meets Golden Brunch Event and the BAFTA Tea Party. The former attracted major stars like Nicole and Golden Globe winner Rami Malek while the latter brought out an equally impressive amount of celebs like Saoirse and Tony winner Ben Platt. All of the stars dressed absolutely smashing for their individual occasions that was also attended by actress Joey King and model Sistine Stallone.

Now that the pre-parties are done, we’re ready for some action at the actual awards show. Will there be some juicy moments between Jennifer Aniston and Brad Pitt? The past few months have seen the exes, who divorced in 2005, rekindle their friendship and start hanging out publicly together. Not only did Brad make an appearance at Jen’s 50th birthday party in February, but he went to her Christmas gathering, too. Guess what? HollywoodLife learned EXCLUSIVELY that the two are seated close together at the ceremony — and a source tells us that “it should be fun.”

To see pics of celebrities attending all the Golden Globes pre-parties in Hollywood… scroll through our gallery above! Tune in to watch the 2020 Golden Globe Awards on January 5, at 8:00pm ET on NBC.