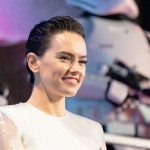 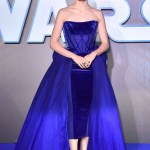 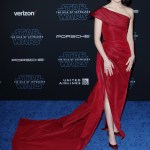 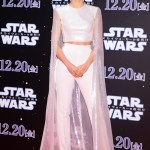 Many ‘Star Wars’ fans were not thrilled with John Boyega after he made a seemingly sexist comment about his ‘Rise of Skywalker’ costar Daisy Ridley.

A good lesson in the world of social media: once you say something, it never goes away. John Boyega, 27, ended his 2019 in a more dramatic fashion by responding to a ton of Star Wars fans that weren’t happy with what he said about his costar Daisy Ridley, 27, or more accurately… her character in the franchises’ latest film Rise of Skywalker. This all began after a screenshot went viral that showed the British actor responding to someone on Instagram by saying, “It’s not about who she kisses but who eventually lays the pipe. You are a genius.” His comment was in response to some user who made light of the fact John’s character, Finn, doesn’t get the girl at the end of the movie.

SPOILER ALERT for anyone who hasn’t seen the movie yet: Rey (Daisy’s character) kisses/falls for Kylo Ren (Adam Driver, 36) and Finn’s apparent love for her goes unrequited. Some of social media didn’t take too kindly to what John wrote but he appears to not give a damn as he’s been trolling hard again people that have come for him  in the hours since his quote became viral.

“You obviously don’t know the difference between a fictional world and reality,” he said in response to someone who said he was “extremely disgusting” and “disrespectful” for what he wrote. He even put up a meme mocking Rey and Kylo’s romance, which mostly shows them fighting and Rey in complete distress. “You’re still an misogynist,” someone tweeted in response. “And you’re an idiot,” he then clapped back with.

The London native even tried to be humorous amid all the chaos by retweeting a quote from Megan Thee Stallion, 24, that read “I just don’t like y’all b***hes and I’m not hiding it in 2020 bye.” Daisy, on the other hand, doesn’t have Twitter or Instagram so the chance of her responding to this might might be a tad more unlikely.

Other have pointed out that John doesn’t have any more Star Wars obligations, and that might be why he’s speaking so freely. Regardless, he’s let the world know that you shouldn’t come for him if you aren’t prepared to hear his response.