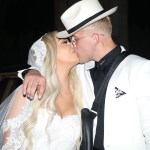 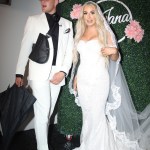 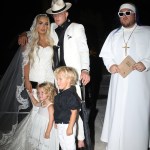 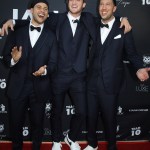 Tana Mongeau got real with her fans about her marriage, saying in a heartbreaking YouTube video that ‘everything changed’ after she and Jake Paul said ‘I do.’

The honeymoon is over for Tana Mongeau and Jake Paul. Tana, 21, found out the hard way that married life isn’t always great, as she explained to her loyal fans in an emotional YouTube post. “I am so unhappy with the way my relationship looks in the public eye, and I’ve done so much pretending I don’t care when I do,” she said in the 40-minute video from December 29, which she called “the most honest I’ve ever made” — and she wasn’t exaggerating. “I did so much of being the ‘cool girl’ and not caring and I think I just put so much of myself into Jake that I lost myself.”

Tana went on to say in her YouTube confession, titled “the truth about everything. (the wedding, jake, alissa, erika, mtv, mental health, drugs, etc),” that she was distraught by haters thinking that she and her fellow YouTube star husband were faking their relationship. People “thought it [was] for clout and fame and that made it so much worse for me mentally,” Tana said, through tears while lying on her bed. Jake and Tana had a whirlwind romance this year, and married in a star-studded, gorgeous wedding in Las Vegas on July 28, just one month after getting engaged. It was like a fairytale for the couple and their combined 24 million YouTube subscribers. But as Tana said on her channel, “everything changed” after tying the knot.

“I felt like I was opening my phone every day to something that just broke me further,” she said, referencing allegations that Jake cheated on her shortly after their wedding. She admitted, though, that getting married helped her “succeed and achieve so many dreams I’d had” in her career. Tana’s tearful video comes just a little over a month after she told HollywoodLife at her brother-and-law, Logan Paul‘s boxing match against KSI that being married was amazing. “Honestly? It’s going well. Too well. It’s almost like, I wake up everyday like, ‘Okay, something bad has to happen now,’” Tana gushed in our EXCLUSIVE interview. “Things are really chill, really fun right now.”

Tana wants to get back to that place, she said in her new video, despite the drama.  “Jake and I both have these psycho busy lives, and trying to fit each other in just gets harder and harder, and so many things keep hurting me further,” she said. “I don’t ever want to be on bad terms [with him], I don’t ever want to hate each other.” She added in the caption on her video that she “felt like [she] needed to say all of this in order to grow… we got this.”