Jessica Simpson is ending 2019 on a healthy and happy note! The fashion designer, 39, shared new pics from a family ski trip to Aspen, Colorado over the weekend where she put her slimmed-down figure on display. Jessica posed with her hands on her hips in a close-up shot of her outside in the snow. The mother of two, who revealed in the fall that she lost 100 pounds, showed off her tinier figure in a belted black ski outfit and a puffer jacket.

“Skiing with the kiddos today. This is far as I got…,” Jessica captioned the smiling photo, hinted that she didn’t make it to the slopes despite getting dressed in her ski gear. The Real Housewives of Beverly Hills star, Kyle Richards wrote, “#relatable” in the comments.

Jessica shared a second photo from the family trip on December 30, which included her husband, Eric Johnson, sister Ashley Simpson and her husband Evan Ross. “Lucy in the Sky with Diamonds  #ASPENEXTREME  ❄️  @ashleesimpsonross  @realevanross,” Jessica captioned the group shot on skis with a beautiful snow-covered mountain backdrop.

Skiing with the kiddos today. This is far as I got... 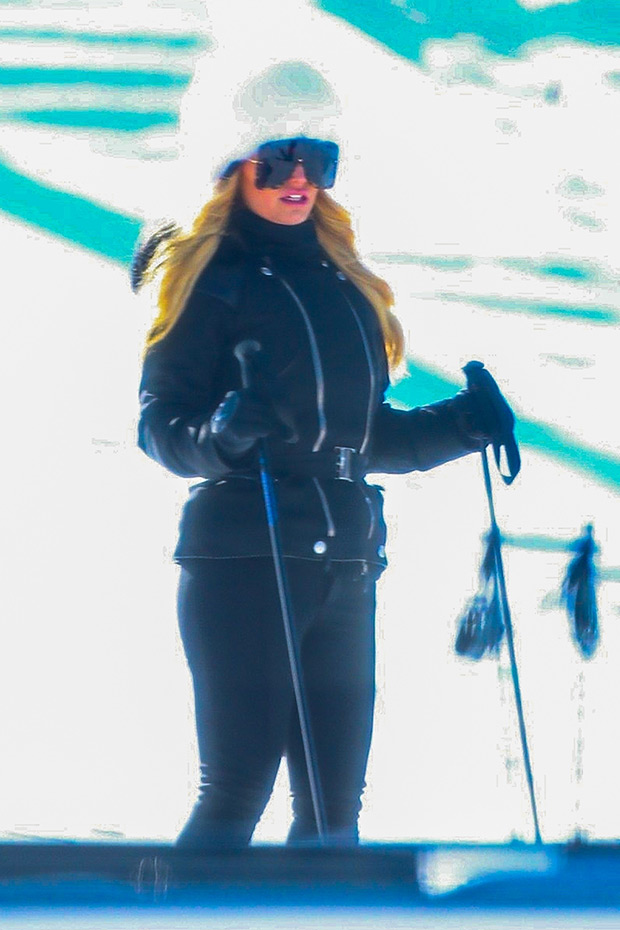 Evan’s half-sister, Tracee Ellis Ross was bummed that she missed out on the family fun. “Sad I missed you! You guys look awesome!!!,” the Blackish actress shared in the comments. She also shared her concern for Jessica, after noticing that she may have not been wearing any headgear while on the mountain.

“Pls tell me you hv on a helmet under the fluff?!!!,” Tracee added in a separate comment.

Other comments from fans praised Jessica in the comments of her photos, congratulating her about  her incredible weight loss transformation. This past fall, Jessica revealed she had shed 100 pounds following the birth of her daughter, Birdie Mae in March.

“6 months. 100 pounds down (Yes, I tipped the scales at 240 😜),” Jessica shared in separate posts on both Instagram and Twitter on September 24. “My first trip away from #BIRDIEMAE and emotional for many reasons, but so proud to feel like myself again. Even when it felt impossible, I chose to work harder. 💚.”