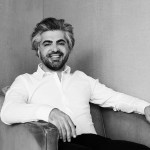 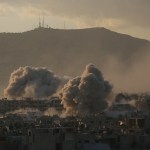 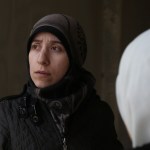 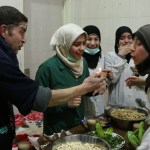 Syrian filmmaker, Feras Fayyad, documents the immense courage of Dr. Amani Ballour, fighting to run an underground hospital in war torn Syria in his film, ‘The Cave.’ In our EXCLUSIVE interview, he shares what moved him to tell this story.

Imagine choosing to stay in a hospital under daily bombardment in war torn Syria. Imagine deciding to risk your life to save the lives of other men, women, and children. Imagine having that kind of courage, and doing this day after day for five years. Now, imagine doing this, as a female doctor, in the traditional patriarchal Syrian society. That’s exactly what pediatrician, Dr. Amani Ballour did and why she is the fascinating and inspiring heroine of the Oscar-shortlisted documentary film, The Cave, by Syrian filmmaker Feras Fayyad. Dr. Amani, as her colleagues and patients affectionately call her, was so respected in the underground hospital, called ‘the cave’, in Ghouta, a suburb of Damascus, that she was democratically elected to be the managing director there, an unheard of position in Syrian society.

Fayyad, who was also nominated for an Oscar for his documentary Last Men in Aleppo (2017), was so in awe of Dr. Amani when he began to receive footage of her work in the besieged hospital, serving 400,000 trapped Syrians, that he decided to make her the focus of the documentary he was hoping to make on the underground Syrian hospitals. These hospitals in battleground areas were all located underground for protection and have struggled to remain in operation. Some like ‘The Cave’ have now been destroyed or forced to close during the Syrian Civil War, which has lasted 8 years so far.

“I wanted to make a documentary about hospitals in Syria because these were a beacon of hope for people wanting to continue to stay in the country. And what I discovered was that the hospitals were not just a place for saving lives, treating children, and victims of war, they were a place where a cultural movement was happening,” Fayyad tells HollywoodLife in an exclusive interview.

Before hearing of Dr. Amani, Fayyad was in a different hospital filming in northern Syria and hired crews at a few of the “underground” hospitals throughout the country to help him film. However, as footage came in of the extraordinary Dr. Amani leading the Ghouta hospital, he directed his camera crew to follow her closely. She was so unusual in Syria: a young woman who rejected marriage at an early age, against the wishes of her mother and father, and who had dedicated her to life to her job, and was not searching for a man to protect her, even in the terrifying Syrian war.

“We’re talking about the first woman to lead a hospital in the history of Syria,” points out Fayyad enthusiastically. “And she wasn’t just doing practical work, saving the lives of the children, but she’s having conversations with little girls. Supporting them, telling the girls, ‘you should not be ordinary, you should be something important.’ These are girls, who never have had that support from their families, they heard that from Dr. Amani.”

Fayyad’s cameras manage to poignantly convey Dr. Amani’s quiet courage and humanity as she tries to inspire aspirations in her young female patients, who are scared and hurt and trapped with their families in what seems to be a never-ending war. Their innocence is wrenching to watch. Sweet, lovely faces and voices of children who should just be able to be carefree but who instead are growing up amid bombings, mostly trapped underground to stay as safe as possible.

Yet Dr. Amani, who Fayyad follows for three and a half years in her underground hospital, still has hope that the little girls she talks to and little boys she treats, will have a future of possibilities. Somehow, she and the other doctors, surgeons, nurses, emergency workers and guards, maintain their dedication and humanity in their claustrophobic quarters, always short of medicine, medical supplies and food, but yet still fighting to save lives every day.

When Syrians first began to protest peacefully to demand a more democratic government over eight years ago, there was hope that their leader, President Bashar al-Assad could be convinced to share power. However, he responded by cracking down on protesters violently. Areas of the country and neighborhoods where resistance was based became the target of brutal military crackdowns and all out civil war broke out . Ghouta, which is a suburb of Damascus, became one of Assad’s targets and it began to be bombarded relentlessly by his military and his Russian allies.

Hospitals like ‘The Cave’ were forced underground. By the time Fayyad began filming Dr Amani and her dedicated colleagues, her daily mission had become to save as many lives as possible and “to build the minds and the souls of little girls in Syrian society…she was building in the face of destruction,” explains the director.

Yet even Dr. Amani, who is seen repeatedly springing into action to treat a child or baby wounded by attacks or suffering from malnutrition, has her limits. When Assad and the Russians launched a chemical attack with chlorine on the innocent citizens of Ghouta, she is emotionally overwhelmed. The children and babies are rushed to the hospital, foaming at the mouth, gasping to breath, and Dr. Amani and her colleagues race to save as many as they can with the limited oxygen and medication that they have. Hundreds die.

Imagine facing that horror, and still working on to save those that she can. Dr. Amani stayed on managing ‘The Cave’ for five years, devoted to her mission of saving lives and inspiring girls and women, before the situation became untenable. She and almost all of the medical staff were finally forced to evacuate, but Fayyad tells HollywoodLife that there has been no happy ending for Dr. Amani yet, just as there is no relief for millions of other Syrians. Almost 11 million Syrians–almost half the population–have been displaced. Close to 4 million have become refugees. An estimated 400,000 Syrians have died in the war.

Dr. Amani did escape to Turkey, but she is not allowed to practice medicine there. She only has temporary protection in that country. “She is a very important voice and she’s not allowed to do anything,” bemoans a  frustrated Fayyad. “She shares with me how difficult it is. It’s not easy for her emotionally and mentally.” She wants to keep working in the medical world and empower women and little girls. Fayyad, who has been granted political asylum in the European Union, and lives in Denmark, hopes that Dr. Amani will be accepted by Canada or another English speaking country, since she speaks English so well.

Yet, he himself, an Oscar nominated director, potentially about to be nominated a second time, may not be able to get a visa to attend the Oscars ceremony in LA, thanks to Donald Trump‘s Muslim travel ban.

The Cave will premiere commercial free on National Geographic on Saturday, January 25th at 9/8c.