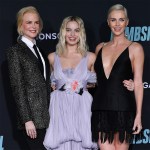 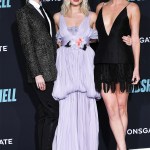 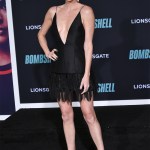 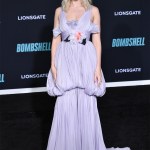 Bree Condon stars as Kimberly Guilfoyle in the new film ‘Bombshell.’ She spoke with HL EXCLUSIVELY about how she stepped into the former Fox News host’s shoes, why this movie is so important, and more.

Bombshell is out in theaters now and gives an eye-opening look at the fall of one of the most powerful media moguls, Roger Ailes. But Bombshell’s focus isn’t Roger. It’s about the women who brought down the Fox News founder. Bombshell stars Charlize Theron as Megyn Kelly, Nicole Kidman as Gretchen Carlson, and Margot Robbie as the fictional Kayla Pospisil. Bree Condon also stars a Kimberly Guilfoyle, the former Fox News co-host of The Five who is now dating Donald Trump Jr. She talked with HollywoodLife about her intense research process to play Kimberly.

“I thought a lot about it at first because it was a lot of pressure,” she told HollywoodLife. “I can’t imagine someone playing me right now. You really have to handle it carefully and you really have to do your best to do that person justice. So I made sure to research everything I possibly could on her. She did write a book called Making the Case, which helped me a lot. It was instrumental in building my character because she really talked about more personal matters. It wasn’t about her political beliefs or anything to do with her current position in the White House. She wrote it years ago. So it was more about her childhood, her journey through college, her first job, her values, her relationship to her parents, things like that. I’m more interested in how the person thinks and feels and not necessarily just what their political beliefs are. So that really helped me to find more of the core of who she is as a person and to find what we have in common rather than what our differences are. So that really, really helped but it was very daunting, especially as more and more press started coming out on her. Even over the last year, it seems there’s so much more, she did the interview on The View, which was very controversial. She’s very outspoken and that is something I personally really like about her, even though I don’t agree with probably most of the things that she said.”

In addition to reading Kimberly’s book, Bree said she also watched “every single” video of Kimberly she could get her hands on. “That was really important to me, to not try to imitate but to try to find the essence of her mannerisms,” Bree continued. “She has a very specific way of sitting, using her hands. Even her bodily relation toward her co-host I found very interesting as well as her voice and the way she carries herself. I probably watched every single interview that’s available online and studied it and practiced it and rehearsed it for months and months leading up to filming. First of all, getting someone’s voice is very important and she definitely has a strong voice. That was fun. But all those things really made up the little subtleties of her mannerisms, too.”

Throughout her research process, Bree’s view of Kimberly did change. “When I went into it, you only really see what’s on the surface,” Bree said. “I didn’t know that much about her. I only knew her through the fact that she was dating Donald Trump Jr. recently and I didn’t really watch her Fox show or watch Fox at all. So through my research and getting to lift up the hood of the car and see the engine and see what really makes that person tick and see where she was coming from totally changed my opinion of her. We have a lot of similarities and a lot of core values and beliefs that we share. So once I could realize that and actually hear it from her through reading her book, my opinion totally changed of her.”

Bree hopes Bombshell will inspire anyone to “speak their truth or come forward” about sexual harassment or “give them the courage” to do so. “If you don’t speak the truth, we’re never going to have any progress, but it’s an incredibly difficult thing to do because there’s so much at risk, which is the reason I’m sure a lot of women especially don’t,” Bree continued. “Your job is at risk, your reputation is at risk, your relationships are at risk. I think a lot of people still don’t, but these women against all odds stood up and spoke their truth. I think that they’re going to make history and move the conversation forward.”