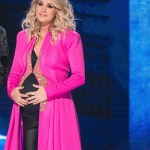 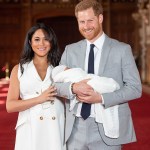 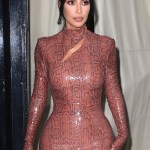 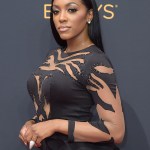 Television producer turned author Liz Astrof reveals in her new book how she hid so many real life celeb baby bumps over the years from millions of viewers.

The magic of television really is something speical when it comes to just how sneaky producer turned author Liz Astrof, 49, had to be over the years. After working with the likes of everyone from Sara Gilbert, 44, Molly Shannon, 55, Leah Remini, 49 and Nancy Travis, 58, just to name a few, it’s amazing how many mom’s secrets she hid over the years, but those days are over! Liz, who’s book ‘Don’t Wait Up: Confessions Of A Stay-At-Work Mom,’ takes a deep dive into not only how to make the life of a working mom look effortless and glamorous, but also just how she hid so many pregnancies and breastfeeding problems only moms could understand over the years. The former Executive Producer of several successful comedy sitcoms including ‘The Conners’ and ‘King Of Queens’ sat down EXCLUSIVELY to discuss it all with HollywoodLife and did not hold back on some pretty amazing stories.

HL: You’ve worked with a ton of moms who have been working moms on your shows — What kind of stories can you share?

Liz: One actor I worked with was breastfeeding and when a scene ran longer than she had planned, she started leaking. Molly Shannon, Leah Remini, Nancy Travis and Sara Gilbert are a few of the moms I’ve worked with. They’re no different than any other working mothers – except that if they were up all night with their kid and had to be on camera, in character, delivering jokes at 6am, they made it work because the show must go on. When I was working on The King of Queens, Leah Remini was pregnant and her character wasn’t, so we had to cover her baby bump. For this reason, she was always carrying a laundry basket in front of her stomach or standing behind a table or sitting… that’s pretty common. If a character is doing a lot of laundry, she’s probably pregnant.

HL: Talk to me about the book and why you wanted to write it?

Liz: I have all these stories from my life that I wanted to tell from my own perspective – separate from TV. So, during one of my hiatuses between seasons on ‘2 Broke Girls,’ I took extension class at UCLA in personal essay writing. I loved it so much that after the class, I kept writing and realized that all of the stories came back to motherhood – whether my relationship with my own mother or being a mother – a stay at work mother – so that became the over-arching theme. I started performing the stories at these comedy shows at the Undcaberet in Los Angeles to see what people liked and continued to work with a professor on a book proposal. And now here we are…  I just hope I get to do this again!

HL: What’s the best advice you can give to working moms?

Liz: I’m laughing that I’m giving mom advice, but here goes – Don’t apologize for having a career. It’s okay to like going to work. It’s good for kids to see that their mothers are fulfilled outside of them. It’s good for them to see you as your own person. When my daughter says, she wishes I was home like her friends’ mothers, instead of saying, I have to work, I tell her that I miss her during the day too, but I like what I do. And have them come by your office so they can see you at your job. As they get older, I can see that they’re proud of me. I would also say, showing up for them when they need you – and make up for lost time on weekends and vacations – even if it means going on a waterslide fifty times at a swampy indoor waterpark.

HL: Have you seen a positive shift in Hollywood when it comes to females in the industry and the industry as a whole supporting working moms? It can be tough!

Liz: In my experience, there is certainly a shift toward employing more female showrunners, directors and writers. As far as working mothers are concerned, female showrunners are certainly more flexible and respectful of the million directions a working mother is pulled than male showrunners. male or female no one will question a mother’s need to be with her child if. Lately I’ve definitely seen a shift in men as well – they are much less likely to question or judge (out loud) a mother who has to leave work for her kids.