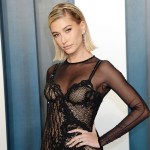 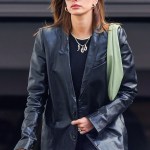 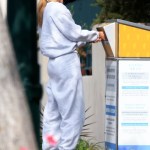 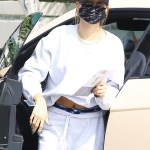 New decade, new Hailey Baldwin? The 23-year-old switched up her usual bare-faced look in a couple of mirror selfies shared to Instagram on Dec. 20, taken after a day on set! “Almost done with work for 2019.. can’t believe how fast it’s gone! READY for 2020,” Hailey declared in her caption, and gave a shout-out to Jadelle Beverly Hills, which provided her gold necklace in the picture. Thanks to a nude smoky eye, glossed lips and a generous application of blush and contour, Hailey appeared a tad different than she usually does during casual daytime outings in Los Angeles. While the editorial queen always looks gorgeous, her followers loved this change as well!

“Wow… that’s such a beautiful picture!!” Hailey’s uncle, Billy Baldwin, gushed in the comments section. He was joined by fellow stars like Shanina Shaik who wrote “Hottie !!” and Tammy Hembrow, who commented, “😍😍 Uhh.” The reaction was similar further down the comments, with compliments like “wow” and “you’re breath taking😍.”

A day before surprising fans with her latest selfies, Hailey may have also taken some people by surprise by attending church with Scooter Braun, along with her husband Justin Bieber. Scooter had just been called out by Taylor Swift, 30, while she accepted her Woman of the Decade award at Billboard’s 2019 Women in Music event on Dec. 12. It wasn’t the first time the pop star put the celebrity manager on blast for acquiring the rights to her first six albums by purchasing her former record label, Big Machine Label Group, in June. However, Taylor really didn’t hold back that time as she dragged Scooter’s “toxic male privilege.” It appears that Hailey wouldn’t agree with that description, judging by her choice in church companions!

Despite Hailey’s friendly association with Scooter, she also showed an act of friendliness towards Taylor by declaring her “Christmas gift from the universe” is the release of Cats. Yes, the same movie adaptation of the classical musical that Taylor is starring in! They were interesting words for Hailey to share on Dec. 18, considering all the music drama that has been unfolding — let bygones be bygones in 2020?