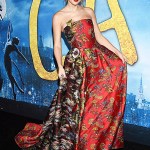 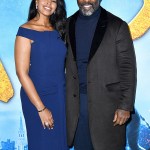 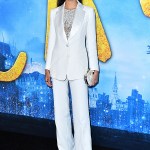 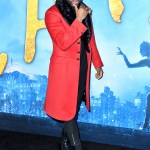 Taylor Swift and Jennifer Hudson are starring in ‘Cats’, which is a film adaptation of the beloved broadway classic, and, despite reviews, Taylor is happy with her work!

Taylor Swift, 30, was a fan of the musical Cats long before she was attached to the film, so being a part of the cast was definitely a dream come true — and despite the reviews, Taylor is happy with the project and her work. “Taylor put her heart and soul in writing a new song for the film and she is proud of her performance in the film,” a source close to the singer spilled to HollywoodLife EXCLUSIVELY. “She is honored that she has been nominated for a Golden Globes award and anything else that comes from the film she is very happy with it.” In addition to to playing the role of Bombalurina, she also co-wrote an original song “Beautiful Ghosts” with Andrew Lloyd Webber for the films’ soundtrack!

Critics and reviews aside, the Hollywood Foreign Press Association did nominate Cats for one Golden Globe nomination in the Best Original Song category. “She had a wonderful time making it and she isn’t going to allow Cats reviews ruin what she got out of working on the film,” the source also added. “She loves it and loves all the hard work everyone put into it.” The Golden Globes air on Jan. 5, 2020 and marks Taylor’s third nod: she was previously nominated for “Safe & Sound” off of the 2012 soundtrack for The Hunger Games and again in 2013 for One Chance‘s “Sweeter than Fiction.”

Co-star Jennifer Hudson, who plays lead Grizabella, is feeling the same way about her work in the musical turned film. “Jennifer got to perform an iconic song with ‘Memory’, that alone was amazing,” another insider adds, referencing the musical’s most iconic song. Performed at the climax, the 1981 tune — based on a poem by writer T.S. Eliot — allows Grizabella to look back on her past as she looks for acceptance.

“Jennifer has had her critics before and look what she has done with it, she has become an Oscar winning powerhouse both in music and film,” the source continues, alluding to her 2007 win for Best Supporting Actress in Dreamgirls. “She knows that she brought her all to the role and is more than happy with how the film came out. She is not going to pay attention to any of the haters because she knows that her true fans will enjoy it.”

Cats stirred up quite the conversation online when the trailer dropped in July, with fans calling the films animation straight up creepy! In the Broadway version, actors are dressed up as cats, which the film re-imagined using CGI animation. Filmmakers reportedly went back to the drawing board with some changes after the reactions, but reviewers remained critical of the films around the CGI, and script lacking focus. Either way, the film is definitely driving conversation and it seems like people just can’t stop talking about it!