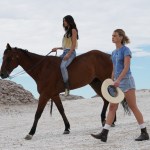 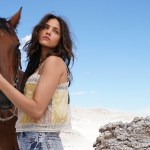 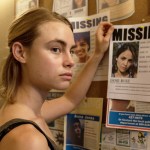 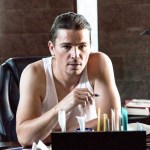 HL spoke EXCLUSIVELY with ‘She’s Missing’ director Alexandra McGuiness about the female friendship at the heart of the film, being a female director in Hollywood, and more. Plus, we have an EXCLUSIVE preview.

She’s Missing will be released in theaters and On Demand on Dec. 20. Alexandra McGuiness directs this powerful story about female friendship. When her best friend goes missing at a rodeo, Heidi goes on a search across the desert to find her. Alexandra started writing She’s Missing when she moved to California in 2013. “I started driving around the desert in California and I saw this town that had all missing posters in it and there were a couple stories that I became really interested in,” Alexandra told HollywoodLife. “There was that aspect of the story but I wanted to tell a story about the type of friendship that the two main characters, Heidi and Jane, played by Lucy Fry and Eiza González, have in the movie. A kind of co-dependent friendship that I think a lot of people have in their teens and early 20s when it’s like the most important thing.”

Alexandra added that Heidi and Jane’s relationship is “not a romantic relationship.” She said the movie is really about “their friendship and their power struggle and the kind of uneven quality they give each other as well as in a more positive way.” The film wasn’t inspired by any single friendship in Alexandra’s life but rather friendships that inspired parts of it. “It’s fictional but I had a friendship when I was a kid where our mothers banned us from seeing each other because they thought we were bad influences on each other,” Alexandra continued. “Later, there were friendships that maybe turned sour. The idea behind the friendship in this movie is: is this the most important thing? Is this friendship worth saving? Will it destroy you in the end?”

The director also revealed the casting process to find the perfect Heidi and Jane. “Eiza was just the first person who we went to for Jane, which was great,” Alexandra said. “It was a bit harder to cast Heidi. You need to really like the person because you’re watching them for an hour and a half. She’s in every scene. She has to be innocent and tough. I had never heard of Lucy and the idea of her came up right before she went to do Bright with Will Smith. We thought it wasn’t going to work out with her schedule but our movie pushed and she had actually originally auditioned to play the character of Jane and was really good in that reading but we knew she’d be the perfect Heidi.”

She’s Missing features a predominantly female crew and focuses on a female-centric story. Alexandra opened up about being a female director in Hollywood and why it’s still difficult for female stories to get the recognition they deserve. “For so long the status quo has been that directors and screenwriters in Hollywood and reviewers are men, and we’re coming to an age where there are more and more movies being made by women but I think people aren’t seeing them as much,” Alexandra told HollywoodLife. “I think they need to be written about more and publicized more. I think that’s why something happened like the Golden Globes with none of the female directors being nominated in a year where there are so many strong female directors. It’s a gradual thing and it’ll just take time because most of the people who’ve been to film school are mostly men. I’m mostly interested in telling stories about women because I’m sure there will come a time where I will make a movie where there’s a man in the lead but at the moment I’m interested in telling stories that I understand and that speak to me.”

Alexandra is already looking ahead to 2020 and her next project. “Next year, I’m making a movie in Europe about James Joyce’s daughter who was a modern dancer in the 1930s and she spent a lot of time in a psychiatric hospital and the film is about her trying to create the greatest dance in the world without losing her mind. I’m really excited about it,” Alexandra said.