Nia Franklin has officially handed over the Miss America crown. It’s official: MISS Virginia is your new Miss America! Camille Schrier impressed judges Karamo Brown, Kelly Rowland and Lauren Ash, and was given the honor of wearing that iconic crown and sash. She could barely hold back her tears as her names was announced and the audience went wild. Pageant queens dream of this special moment, and Camille definitely soaked it all in as the frenzy erupted around her.

In order to get to this point, Camille  had to stand out more than her fifty competitors. During the competition, the ladies took part in interviews, showed off their talents, and gave their ‘social impact pitches.’ As of 2018, The Miss America Organization has made a conscious effort to choose a winner based on so much more than just looks, and Camille definitely hit all the right marks when showing off how well-rounded she is. Plus, of course, she’s also gorgeous!

The second runner-up in this year’s competition was Simone Ester, from Missouri, while the woman who finished in second place was Victoria Hall, from Georgia. Both ladies were extremely supportive of Camille as her name was announced, and Victoria was the first to congratulate her as they waited to hear whose name would be called. 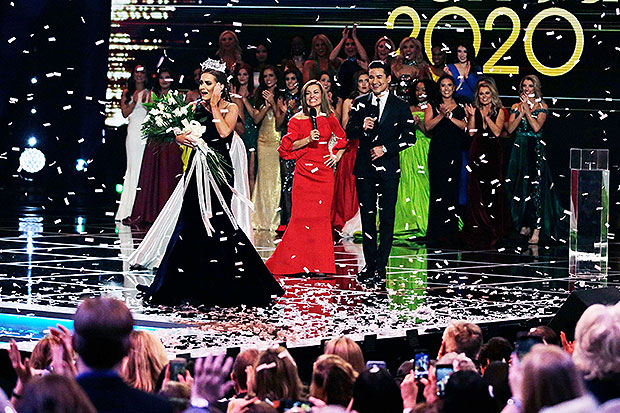 Now, Camille will spend the next year as the face of Miss America. Her job will be to bring the values of this organization to the public, while also pitching her social impact initiative throughout the country. Of course, this is a once in a lifetime experience, and we could not be happier for her!