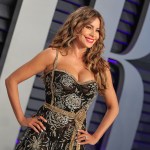 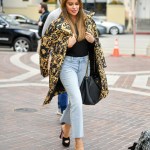 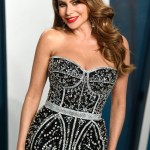 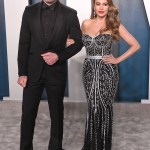 Sofia Vergara may be headed to the judge’s chair on ‘America’s Got Talent’ after Gabrielle Union and Julianne Hough were fired from the show after 1 season, a new report claims! The actress reportedly wowed NBC execs during an hours long meeting on Dec. 18.

UPDATE: (12/19/19, 3:45 p.m. ET) — A source close to production tells HollywoodLife, “We can confirm that a meeting with Sofia was held where a variety of projects were discussed, including AGT. We are actively talking to a number of people about the open judge seats on AGT.”

ORIGINAL: America’s Got Talent appears to be moving fast to replace its two new judge’s spots. Sofia Vergara met with show executives for two hours on Wednesday, according to TMZ, which sites sources close to the situation. Despite being a reported 20 minutes late, Sofia, 47, wowed those in attendance at the meeting, including NBC Entertainment President Paul Telegdy and members of Fremantle, which produces AGT, sources say.

AGT was a “top of mind” topic at the meeting, TMZ reports. However, Sofia was reportedly on hand to discuss a number of potential opportunities, including dramas and a possible Spanish language project, as NBC also owns Telemundo. HollywoodLife reached out to America’s Got Talent, as well as a representative for Sofia Vergara.

Fans of Sofia’s will know that she has starred in the hit comedy,  Modern Family, which is currently in its last season, since 2009. NBC reportedly eyed up the “global star” knowing she’ll be a free agent after the show wraps and hopes to get into business with her, sources say, noting that the network believes she’s a very versatile entertainer.

As previously reported, former AGT judges Gabrielle Union and Julianne Hough were not invited back for the next installment of AGT, which airs next month. Both the actress, 47, and dancer, 31, served as judges for one season, alongside show creator Simon Cowell and Howie Mandel. Julianne exited the show quietly, unlike Gabrielle, who used her voice to speak out about an alleged toxic culture she said she experienced while on the show. Multiple reports claimed Gabrielle was removed from the show after she complained about racially insensitive situations and an overall “toxic” culture at AGT.
NBC and Fremantle responded to the reports on December 2 in a statement that read: “America’s Got Talent has a long history of inclusivity and diversity in both our talent and the acts championed by the show. The judging and host line-up has been regularly refreshed over the years and that is one of the reasons for AGT’s enduring popularity. NBC and the producers take any issues on set seriously.”
Gabrielle took to Twitter on December 4 to reveal that she sat down with NBC and AGT production to discuss the situation.
“We had a lengthy 5-hour, and what I thought to be, productive meeting yesterday,” she tweeted. “I was able to again, express my unfiltered truth. I led with transparency and my desire and hope for real change.”
The L.A.’s Finest star recently spoke at an event in New York City, in which she made headlines for career advice she gave to black women.“Don’t be the happy negro that does the bidding of the status quo because you’re afraid. Don’t allow them to call you angry. When somebody else is saying the same thing, it’s called passion,” Gabrielle said. “It is scary. It is terrifying and there is a chance you might lose your job — perhaps I speak from experience, but you have do what you can when you are in those rooms — all skin folk ain’t kinfolk.”