Luann de Lesseps can’t wait for ‘RHONY’ fans to get to know the show’s newest housewife, Leah McSweeney! The Countess told HollywoodLife why she’s the perfect addition to cast, and it’s a pretty bold reason…

The big apple just got better! Luann de Lesseps thinks part of the reason season 12 of The Real Housewives of New York is the best one yet is because of newcomer, Leah McSweeney. The businessman joins the show after veteran, Bethenny Frankel announced her exit in August to focus more on her other work ventures.

Anyone who watches RHONY will know that the wild group of east coasters — including returning cast members, Tinsley Mortimer, Ramona Singer, Dorinda Medley, and Sonja Morgan — are some of the most outspoken and fierce women that make up the entire Housewives franchises. And, Luann thinks Leah fits right in!

“She’s great, she’s downtown and she’s not afraid,” Luann said during our exclusive interview ahead of her festive cabaret Christmas show, Countess and Friends at Borgata Hotel Casino & Spa on December 7. “She gets in there, and it’s not an easy group to come into. I think she holds her own, and at the same time she’s vulnerable.” 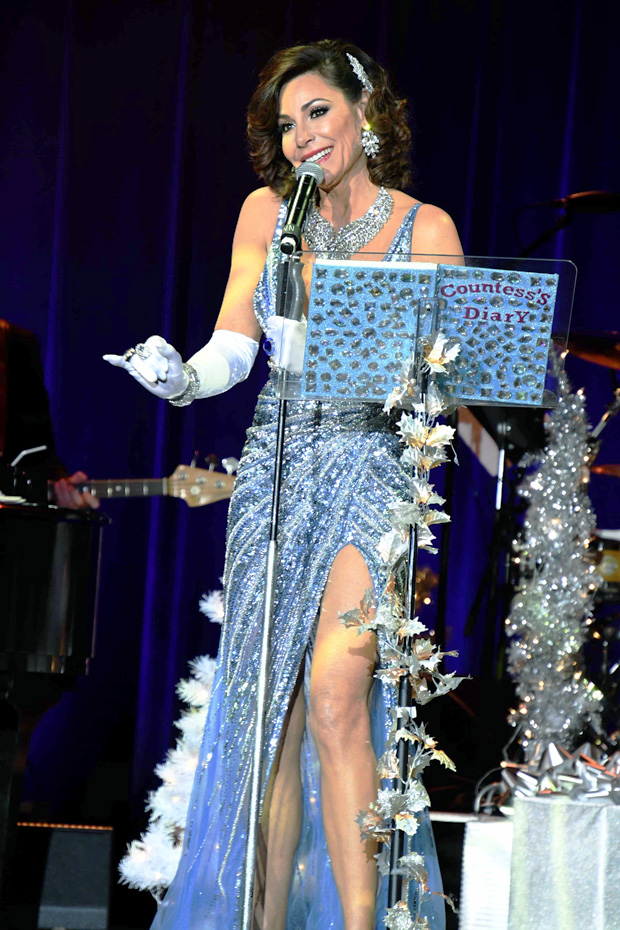 While fans don’t know too much about Leah, Luann is confident she will receive a warm welcome from viewers. “I think people are really going to connect to her,” she admitted, adding, “She’s a young girl and she has a daughter.”

Luann went on to say that it’s also a great time for Leah to join the show because everyone will get to shine this season now that Bethenny’s gone. “It’s such a great season. We all get to show ourselves and have more time to talk about our own life and our own stories, and it’s not always about Bethenny [now],” Luann explained, noting that despite the positive cast shakeup, no one can escape the drama.

“Obviously, there’s always drama. When you have that many women together there’s bound to be drama,” she revealed, teasing that “there’s shifts in alliances” in season 12, which is slated to premiere on Bravo in early 2020.