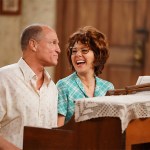 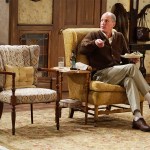 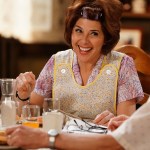 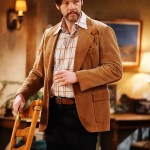 The biggest TV event of the holiday season is ‘Live in Front of a Studio Audience.’ This time, classic sitcoms ‘All In The Family’ and ‘Good Times’ are back with star-studded casts for the ultimate nostalgia trip.

Live in Front of a Studio Audience is back and it’s the best gift we’ve could have received this holiday season. The holiday-inspired live event will feature episodes of All In The Family and Good Times with your favorite stars. Cast members Woody Harrelson, Marisa Tomei, Ellie Kemper, and Ike Barinholtz will be reprising their iconic All In The Family roles they played in May 2019. Woody and Marisa are Archie and Edith Bunker, Ellie plays Gloria Stivic, and Ike plays Meathead. This time around, the cast also includes Kevin Bacon, Jesse Eisenberg, and Justina Machado. Their roles will be announced live during the show.

The holiday special is also recreating a classic episode of Good Times, which was television’s first African American two-parent family sitcom. Live in Front of a Studio Audience’s cast for Good Times includes Viola Davis and Andre Braugher as Florida Evans and James Evans, Jay Pharoah as J.J Evans, Asante Blackk as Michael Evans, Corinne Foxx as Thelma Evans, and Tiffany Haddish recreating the role of Willona Woods. Emmy winner Jharrel Jerome will also be a part of the star-studded cast. Anthony Anderson and Patti LaBelle will team up for an incredible musical performance.