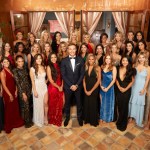 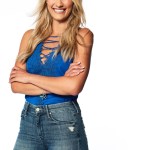 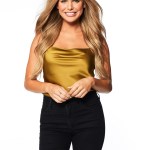 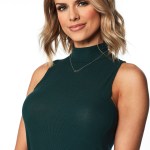 We’re just three weeks away from the season 24 premiere of ‘The Bachelor,’ and ABC has officially introduced viewers to the women who will vie for Peter Weber’s heart on the show!

Peter Weber’s season of The Bachelor premieres on Jan. 6, 2020, and we finally have our first look at the women who are contestants on this season of the show. Beauty queens seem to be a staple in this franchise now, and the season 24 cast has multiple former pageant stars, including Victoria Fuller, from Virginia Beach, Virginia, Hannah Sluss, from Powell, Tennessee, and Kelsey Weir, from Urbandale, Iowa. Pageant girls have certainly made out well in the Bachelor franchise recently — Colton Underwood’s season had Miss Alabama, Hannah Brown, who went on to become the Bachelorette, and Caelynn Miller-Keyes, who came in fourth place, but then found love with Dean Unglert on Bachelor in Paradise. We’ll have to wait and see if the ladies on Peter’s season have the same luck!

Speaking of Hannah — Peter was first introduced to Bachelor Nation as a contestant on her season of The Bachelorette in the spring of 2019. Peter and Hannah had amazing chemistry, and notoriously had sex in a windmill FOUR times during their fantasy suite date. However, Peter was eliminated afterward, and was announced as the Bachelor during the live Bachelor in Paradise reunion in September. He left to film his season just days later.

In the first teaser trailer for season 24, fans saw that Hannah, who broke up with her final pick, Jed Wyatt, over the summer, actually pays Peter a visit during his time on The Bachelor. It appears that their connections has not wavered, and Peter seems so entranced by Hannah, that he even asks her to stick around. Of course, she’s not listed as one of the official contestants, so we’ll have to wait and see how that all plays out.

Cilck through the gallery above to check out photos of all the women who will be vying for Peter’s heart on The Bachelor. The show premieres on Monday, Jan. 6 at 8:00 p.m on ABC.