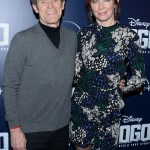 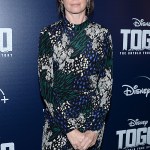 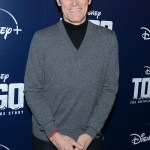 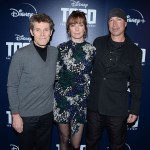 ‘Togo’ is the newest Disney+ film and it will begin streaming on Dec. 20. HL spoke EXCLUSIVELY with star Julianne Nicholson and the director about this captivating movie.

Togo is the untold true story set in the winter of 1925 that takes you across the Alaskan tundra for a thrilling adventure. Willem Dafoe stars as Leonhard Seppala and the film follows the epic journey he goes on with his lead sled dog, Togo. Julianne Nicholson also stars as his wife, Constance, who is first to champion Togo. HollywoodLife talked EXCLUSIVELY with Julianne about why she wanted to be a part of this extraordinary film. “I loved that the story we’re telling takes place in 1913 and 1925 when often you see the female character sort of at home sweeping and maybe like baking some bread. This woman [Constance] was out there planting trees, fixing the roof, chopping wood, and taking care of these big, strong dogs,” Julianne told HollywoodLife at the Disney+ and The Cinema Society special screening of Togo on Dec. 9 at the iPic Theater at Fulton Market. “She’s an equal and it’s a real partnership that I think we see between this couple and that felt exciting to me.”

The actress also discussed forming Constance and Leonhard’s strong bond with Willem. “We were lucky enough to have a little bit of a rehearsal period beforehand so we were able to spend time together and go over the script, go over all the scenes, and get to know each other a little bit,” Julianne continued. “We also had the good fortune of weather when we didn’t want it so there’s this one scene in the film. It takes place early on in the film. It’s when Seppala knows that he’s going to be doing this thing and Constance doesn’t want him to go. They’re in their bed in this quiet cabin, so it’s a very intimate scene and she’s trying to say, ‘Don’t go. Don’t bring Togo if you do go.’ I felt like we landed in that scene and having that in us as we filmed everything else was pretty special.”

HollywoodLife also spoke with director Ericson Core, who called Willem an “extraordinary trooper” for battling the cold temperatures and learning to sled. There was no green screen or stage work done at all. He also revealed that it was fate that Willem would take on the role of Leonhard.

“Interestingly enough, his agent has sent us pictures of Willem and Leonhard Seppala saying they look familiar,” Ericson said. “It looked like you were looking at the same person. It was extraordinary. Now the look of someone is never really as important in a historical story as anything else but it was just a wonderful thing to see and Willem, I thought was even beyond our reach because he’s one of the greatest actors of our time. He loved the script. I flew out to New York about 2 years ago and met with him and had a conversation and regaled him with stories about my wolf and other things and he liked the instincts. He said, ‘I don’t pick projects, I pick people. And I pick you.’ He felt that I was the right person to do it for whatever reason and it worked out.” The Togo after-party was held at The Roof of Pier 17.