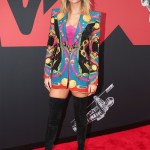 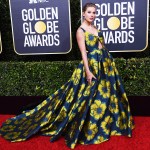 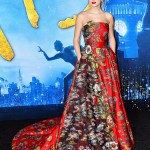 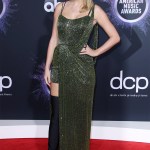 Taylor Swift is ‘super excited’ to be celebrating her 30th birthday, and will be spending the day ‘with loved ones’ and her fans when she performs at Jingle Ball!

Happy Birthday, Taylor Swift! The Grammy winning singer hits a major milestone on Dec. 13, turning 30, and cannot wait to celebrate in style, even though it’s on the notorious Friday the 13th. “Taylor is super excited for her 30th and she loves that it is landing on Friday the 13th,” a source close to the singer shared EXCLUSIVELY with HollywoodLife. Normally, anyone might be a bit concerned celebrating on the infamous unlucky day, but not Taylor! “Some would dive into the superstition, but she finds that it will be even luckier for her as she embarks into her thirties.” Of course, the “Lover” songstress is making her loved ones — and even her fans — an important part of all the festivities.

Taylor is performing at Jingle Ball in New York City on her birthday and “can’t wait to celebrate it with all her fans.” Naturally, the party isn’t going to end there. Taylor is planning to spend the rest of her evening “with loved ones and actually use the rest of the month as a time to celebrate.” The singer has a lot to commemorate in the coming weeks, as well. Not only did she earn a Golden Globe nomination for Best Original Song for her upcoming film, Cats, there’s even a “possibility of getting an Oscar nomination and potentially winning one along with a Golden Globe,” in the coming weeks, the source continued. Cats, which Taylor co-stars in with Idris Elba, James Corden, and Oscar winner Jennifer Hudson, also has a premiere in the coming days, which Taylor will surely celebrate with friends, family and co-stars alike!

As for her birthday weekend, though, Taylor has something a bit more casual in mind. “She is going to have a lot of time to celebrate, but as a start, she is gearing up to be a little low key this weekend and spend her birthday weekend with the people she really cares about,” the source went on, adding the singer and her loved ones will spend their time “having wonderful dinners and intimate celebrations.”

The “You Need To Calm Down” singer has already been celebrating quite a lot. On Nov. 24, Taylor was named the Artist of the Decade at the American Music awards and won enough awards that night to accrue a grand total of 25 AMAs, surpassing Michael Jackson‘s own record. She was given a similar honor on Dec. 12 at the Billboard Women in Music event, as she was named the Woman of the Decade! It’s been an incredible year — and decade — for the singer, and fans cannot wait to watch her celebrate in style and enter her thirties with a confidence all her own!