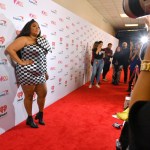 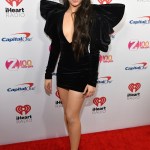 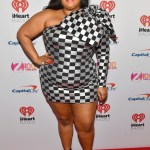 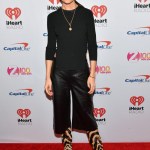 Taylor Swift was also surprised with a massive birthday cake featuring her cats Olivia, Meredith and Benjamin from radio host Elvis Duran for her milestone birthday!

Taylor Swift is celebrating 30 in style! The Lover singer performed at iHeartRadio’s Jingle Ball on Friday, Dec. 13 — her actual birthday — and the epic medley left no detail to spare. “This is my first show of my 30th year of life,” Taylor told the jam packed crowd at New York City’s Madison Square Garden. “And you know I would love to see every person in Madison Square Garden take out their phones with your flash light…I want it to look like an ocean of stars for ‘Lover’!” Fans were ecstatic to see their idol take the stage on her milestone birthday, and the performance looked seriously epic on social media!

The birthday girl had a blast as she jumped around and celebrated during “Shake It Off,” and even changed the “Spelling is fun” lyric in ME! — her collaboration with Panic at the Disco’s Brendan Urie — to “It’s my birthday.” Yes, girl! Z100 radio host Elvis Duran then surprised the superstar with a gigantic birthday cake in front of the entire crowed! The three-tiered glitter masterpiece read “Happy Birthday, Taylor!” and adorably featured her three cats Olivia, Meredith and Benjamin for a personal touch. “You have to eat the whole thing,” Elvis — who recently sat down with Taylor for an in-depth interview about Lover — hilariously joked on-stage. The crowd then sang “Happy Birthday” to , and the overwhelmed singer gushed that it was “the most beautiful song I’ve ever heard.” Earlier in the day, T posted the cutest throwback photo of herself, captioned “WHO’S GONNA TELL HER SHE’S THIRTAY NOW” with a cute cupcake emoji!

While the night was primarily about celebration for Taylor, she did take the opportunity to get political — especially when it came to a message close to her heart. “I think that one of the things I see is the major definition of love is equality,” she announced on-stage. “And I think that anyone else that disagrees with that needs to calm down.”

Her comments come only a day after she called out manager Scooter Braun again over the on-going drama with her masters, citing him as an example of “toxic male privilege.” The Grammy winner then performed her summer LGBTQ themed hit “You Need To Calm Down” on the legendary Madison Square Garden stage and looked absolutely amazing while doing so!

For the special appearance — that also included her first-ever live performance of “Christmas Tree Farm” — Taylor dazzled in a black sequin minidress that featured spaghetti straps and multi-colored glitter. She rocked a matching pair of over-the-knee boots and fishnets, along with trendy layered chokers for the ultimate cool-girl vibe. We were also loving her festive red-and-green mani — the same one she rocked at Dec. 12’s Billboard Women in Music event — that perfectly paired with her signature red lip!