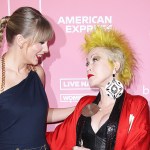 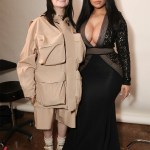 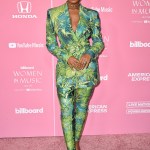 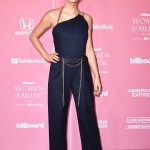 After several weeks out of the spotlight, Nicki Minaj resurfaced at the Billboard Women in Music event on Dec. 12, and in her speech, she got quite emotional while honoring her former tour mate, Juice WRLD, after his death.

Nicki Minaj, 37, skipped the pink carpet at the Billboard Women in Music event on Dec. 12, but she did take the stage to accept her Game-Changer Award during the ceremony. At the event, Nicki looked absolutely incredible in a plunging black dress, which accentuated every inch of her figure to perfection. “Thank you to Billboard for doing this — it’s the only thing that got me dressed in the last month,” Nicki joked (the rapper has been keeping a low profile since marrying Kenneth Petty in October).

The rest of Nicki’s speech was no laughing matter, though. During her time at the podium, Nicki acknowledged how “honored” she was to be in the presence of so many “great women,” like Taylor Swift, Billie Eilish and Alanis Morissette. However, she added that she didn’t feel “comfortable” talking about herself due to the recent death of Juice WRLD, who she had toured with and collaborated with. So, rather than talking about her achievements and being a woman in the industry, Nicki used her two minute speech to honor the late rapper.

“I had a great conversation with him one day and while we walked to the stage, he held my hand, and told me to stay calm and to pray,” Nicki said, while seemingly fighting back tears. “He said he had been trying to do just that. I was so shocked to hear him, of all people, tell me that, but right there, in that moment, I actually did feel calm. I felt like…what am I actually worried about? I felt like he was a kindred spirit. Looking back now, I wish I did something differently or said something to help. He spoke to me in great detail about how in love he was with his girlfriend and how passionate he was about music. When he was in the studio with me, he did so many songs so quickly. He was honest and pure about what he felt, and that inspired me. I just want to honor him tonight and send my condolences to him and his family and his girlfriend.”

Juice WRLD was just 21 years old when he tragically passed away after suffering from a seizure and reportedly going into cardiac arrest on Dec. 8. The rapper’s cause of death has yet to be revealed, as the Cook County Medical Examiner’s office confirmed that “additional studies are required to establish the cause and manner of death.” Understandably, the music industry is absolutely torn up over this tragic loss.