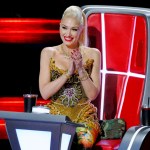 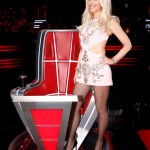 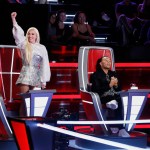 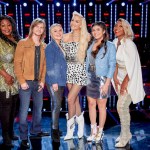 Did they get it wrong? After John Legend was named the epitome of sexy, his co-star Blake Shelton made the point that his sweetheart, Gwen Stefani, deserves the title of the hottest coach on ‘The Voice.’

“You already got it wrong. You said I’m no longer the sexiest coach on The Voice,” Blake Shelton, 43, said to Ellen DeGeneres, 61, at the start of his appearance on the Dec. 13 episode of The Ellen DeGeneres Show. The country superstar took umbrage with Ellen bringing up the fact that John Legend, 40, being named People’s Sexiest Man Alive for 2019. “I love People magazine. Everybody has a right to be wrong,” he said. At first, Blake defended his title – after all, he did win the title of Sexiest Man Alive in 2017, two years before John. Yet, when Ellen brought up Blake’s love, Gwen Stefani, 50, later in the segment, the “God’s Country” singer had a change of heart. “She’s actually the Sexiest coach on The Voice, now that I think about it. It’s not about me and John.”

Speaking of Gwen, Ellen brought up how, during one of Blake’s previous visits to the show, he was gifted a clock “to remind you time is ticking” in regards to him proposing to the No Doubt frontwoman. Blake joked how about someone on Ellen’s staff actually took the clock – which featured a picture of Gwen and Blake kissing – away from him. “So, time didn’t really start ticking at that moment.” Ellen was shocked by that, and Blake said that they took the clock so they could recycle the big.  “Whoever your next guest was, you’d replace the picture and say the same [thing],” said Blake. “Same crap to them.”

“You’re right,” Ellen said, realizing where the clock ended up. “We did that to Jennifer Lopez, and now, she’s engaged.” “You gave her my clock?” “And now she’s engaged,” Ellen said, driving the point home. Always a fan of love, Ellen put a little pressure on Blake to propose. She even suggested that Blake could guest host Ellen and pop the question while on her show!

Should fans set their DVRs now? Not really. Though Gwen and Blake have “moved in together not too long ago,” a source tells HollywoodLife EXCLUSIVELY that “they’re very content with the status of the relationship and neither feels the need to get married anytime soon.” Though, the insider adds that plans could change, and that no one would be “shocked if they did get engaged.”

The couple sounded like they were all but married on “Nobody But You,” the duet on Blake’s new album, Fully Loaded: God’s County. Blake and Gwen teamed up to deliver such romantic likes as, “I don’t wanna live without you / I don’t wanna even breathe / I don’t wanna dream about you / Wanna wake up with you next to me.”