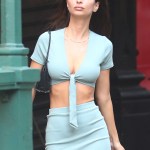 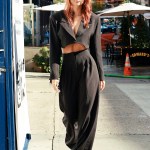 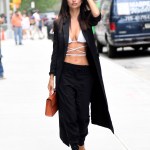 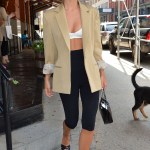 Emily Ratajkowski had a message for Harvey Weinstein. While attending the Hollywood premiere of ‘Uncut Gems,’ the actress and model flashed her arm, which had the words ‘F*ck Harvey’ written on it.

Emily Ratajkowski, 28, didn’t mince words when it came to Harvey Weinstein, 67. The actress and model attended the Hollywood premiere of Uncut Gems on Dec. 11, where she had the words ‘F*ck Harvey’ printed on her arm. She also shared a photo to her Instagram account, which you can see here, featuring the image with the caption, “Today Harvey Weinstein and his former studio made a $25 million deal with his victims. Weinstein, accused of offenses ranging from sexual harassment to rape, won’t have to admit wrongdoing or pay his own money. #nojusticenopeace.” The Gone Girl actress proudly displayed her ink while walking the red carpet, and made a powerful statement amidst recent revelations in the case against the disgraced film producer.

New developments in the rape and sexual assault trial against Weinstein are continuing to paint him in even graver terms. The co-founder of The Weinstein Company, and once lucrative film mogul proposed a $25 million settlement against more than 30 women who had bravely come forward to levy their accusation and make them public, according to our sister site, Deadline. But much like Emily, even the lawyers in the case weren’t happy with the decision.

“This is b******t, and people are being bullied into taking the insurance money and going away, while Weinstein and the board get what’s essentially a free pass,” one lawyer, who is representing a potential member of the settlement, shared. The settlement has been taking nearly a year to come to terms with in an on-again, off-again legal  battle. The $25 million settlement would mean that Weinstein wouldn’t pay anything. Adding to that, he wouldn’t even have to admit any wrongdoing in the accusations levied against him. But while the settlement is still up in the air, the one-time Hollywood heavyweight will still be going on trial next month for a criminal trial on charges of sexual assault involving two women.

With Hollywood’s eyes on Harvey, Emily definitely made her opinion known on the red carpet. The model and actress has rarely shied away from expressing her perspective, and showed that once again at the Uncut Gems premiere. With her high profile, fans are looking forward to seeing how Emily uses her platform next!