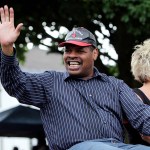 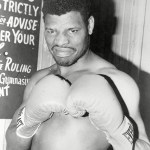 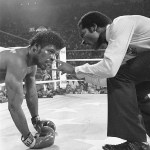 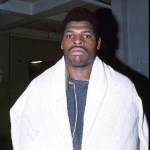 Boxer Leon Spinks, who rose to fame after beating Muhammad Ali over forty years ago, is hospitalized and reportedly fighting for his life.

TMZ reported on December 11 that Leon’s conditions, which are being treated on at a Las Vegas hospital, are unclear but his family and friends are very concerned. His wife Brenda shared an emotional Facebook post on December 9, where she asked her followers for help during this difficult time. “I know it’s been awhile,” she began before adding, “However, you know how I believe in the power of prayer. It’s been a tough year for us. Leon has endured a lot of medical problems. I’m reaching out to ask you to kindly pray for my beautiful husband Leon. So that he may overcome the obstacles that have crossed his path. We love you all & appreciate your support.”

Leon has run into serious medical situations over the past decade including him being hospitalized in 2014 after a bone from a chicken wing caused major damage to his intestines. He had to undergo several surgeries and spend weeks recovering at a rehabilitation center.

He began his professional boxing career in 1977 at the age of 23 in Las Vegas and continued to have successful matches internationally in other cities like Liverpool, England. Leon’s star status in the sports world skyrocketed one year later when he went onto win the heavyweight championship by beating the late and great Muhammad Ali on a 15-round split decision in Sin City. Their match is considered to be one of the biggest upsets in boxing history.

Dear Friends:
I know it's been awhile. However,
you know how I Believe in the Power of Prayer 🙏. It's been a tough year for us. Leon has endured a lot of medical problems. I'm reaching out to ask you to kindly… https://t.co/rQ3MJ0ge84

Leon found success in other avenues of the boxing world. He became a gold medalist in the light heavyweight division at the 1976 Olympic Games in Montreal and also won a silver at the 1975 Pan American Games in Mexico City and a bronze at the World Championships in Havana in the same category.

Like father, like son. Leon’s son Cory Spinks, 41, followed in his dad’s footsteps by holding the undisputed welterweight title in 2003 and was also the IBF junior middleweight champion twice.