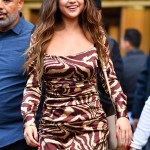 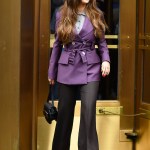 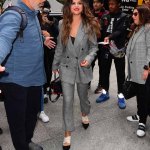 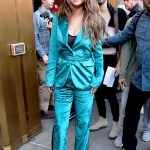 Good things come in twos. In this case, that pairing may come in the form of long-awaited albums from exes Justin Bieber, 25, and Selena Gomez, 27 — at least, fans think so. Justin sent his Twitter fans into shock on Dec. 11 when he dropped a video on the social media platform that simply read, “2020.” With the date’s cool typography and grainy black background, it looked like the sort of hint used to only foreshadow something BIG. For fans, that meant Justin’s first album in more than four years (yes, Purpose came out in 2015).

“Justin’s álbum, yesssss!! 😍” one Belieber tweeted, while another fan wrote (or rather screamed), “OMG JB5 IS ACTUALLY COMING IM SHAKING.” That term, “JB5,” is the unofficial nickname that fans have coined for Justin’s upcoming fifth album that they’ve not so patiently been waiting for. Of course, Justin’s mentions were also filled with comments that pointed out a major coincidence: his ex Selena Gomez, 27, happens to be releasing an album that year as well!

Unlike Justin, Selena didn’t make the upcoming release of her album a mystery. The Disney Channel alum confirmed that she’ll be dropping her third studio album on Jan. 10, 2020, and the announcement arrived on Selena’s personal website along with an invitation to pre-order the album on Nov. 21. She has already dropped two singles leading up to the album’s release, “Lose You To Love Me” and “Look At Her Now.” Thanks to lines like “In two months you replaced us” and “It was her first real lover” from the tracks, fans were convinced that they were jabs at her on-again, off-again relationship with Justin that almost spanned a decade (2010-2018).

This wasn’t the first time Justin has teased new music (or some other exciting project). It all began on Dec. 5, when he simply tweeted, “2020.” He followed up that ambiguous post with two more tweets over the next few days — “I’m asking for a reason. Listen through the list and tell me your favorites. #2020,” and, “How many days away is #2020?” — until sharing the video above. Either Justin is going to blow fans away with something in 2020, or he’s just really excited about the new decade.

However, his manager, Scooter Braun, did say that he “definitely” thinks that Justin “will have new music soon” at the 2019 Entertainment Industry Conference at the Hollywood Chamber of Commerce on Nov. 21, which HollywoodLife attended. “He is in a really good place and knows what is important, and I think even now he is making music he wants to make,” Scooter continued, and added that “there is no pressure” for the pop star’s “next album.” But there’s pressure on Twitter, as you can see!