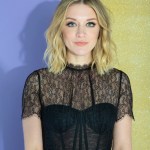 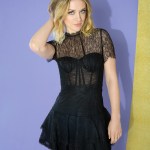 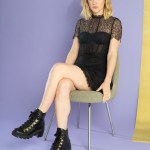 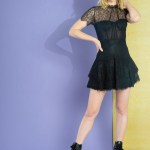 ‘The Moodys’ finale is going to bring on the dysfunction. HL spoke EXCLUSIVELY with Chelsea Frei about what’s ahead for Bridget, the Monty vs. Doug debate, what she would want to see in a season 2, and more.

The Moodys has been the biggest delight of the holiday season. The Moody family feels like our own family or at least a family that we know. The season finale will air Dec. 10 on FOX and you know that there’s going to be drama aplenty in the last 2 episodes. HollywoodLife talked EXCLUSIVELY with Chelsea Frei, who plays Bridget, about what we can expect in the final episodes.

There’s a lot going on for Bridget at the moment. Bridget and her husband, Doug, are on the outs after she revealed she cheated on him. She’s grown closer to her hometown friend Monty and they even shared a kiss. The pressure is on for Bridget and Chelsea teased that her character has “a lot of decisions” to make. Plus, she revealed that she “definitely” wants to come back for season 2 and has some thoughts about where Bridget’s journey could go.

What was it about Bridget and The Moodys that made you really want to be a part of it?
Chelsea Frei: I read the script and immediately fell in love with it. It’s so relatable. I feel like I see myself in Bridget, but also I just see the family dynamic in my family. I’m from Boston. We are always screaming at each other and yelling at each other and then making fun of each other and saying we love each other, so it was kind of really easy to relate. With Bridget in particular, we definitely have similarities in the way that we kind of allow our emotions to get the best of ourselves, and I think with her she just bottles up so much trying to seem as if she has her life together and she’s the perfect child. I think it’s the role she’s been playing since she was younger. I think we’re catching her at a really pivotal moment in her life where she’s cracking and she needs to rely on her family and kind of maybe show them a side of her that she’s never shown them before.

What was it like meeting your cast members and working with them?
Chelsea Frei: It was crazy because we were all kind of thrown into it really quickly, and we knew that it was coming out really quickly. We started filming in September and we finished a month ago and now it’s on the air. Usually, you’re waiting years to see projects you’ve done or something. We knew that we had to build that family relationship really quickly. Luckily, it was so easy because I think we all knew that was the job and we were all just kind of open and came in with open hearts and got to know each other really fast. I think another thing that really helped is Denis and Elizabeth are both from Massachusetts, and we immediately bonded over dumb stuff like Dunkin’ Donuts and Friendly’s. I think because of that there’s such this spirit of Boston and Boston families that we all connected with. And then with Jay and Francois, it was also just so easy. They’re the funniest, best people. I can’t even believe it. It feels crazy that I just met them all in September.

In episode 4, Bridget kisses Monty. What can you tease about where that’s going to go?
Chelsea Frei: I think she has a lot of decisions to make about how she feels. With Monty, I think he represents her past life when she was in high school and being home with her family and kind of going back to the people we were when we were younger. In some ways, I think that’s good for her. I think she’s built up a lot of walls as she’s gotten older and I think she needed this. I think she needed to come home and meet him, and without it, she may not have gotten out of these routines she’s gotten herself into.

How do you see Doug and Monty? Do you see the appeal of both of them or is there one that you sort of particularly like Bridget with more?
Chelsea Frei: I think they both bring out different qualities in her, but I don’t think it’s about either of them. I think it’s about her figuring out what she wants to do with her life. I think they represent different parts of her that she’s struggling to figure out, but I think she needs to have an internal moment of self-reflection of what am I doing with my life? Where do I want to be? Is this even really what I want? And I don’t know that those questions are going to be answered by either of those guys.

Would you want to come back for season 2?
Chelsea Frei: Definitely. I think there’s so much more to figure out with each of the characters, especially with Bridget. Her story just isn’t over. And the way they want to do it is to have it in different holidays. That would kind of be the dream to do different types of holiday scenarios. Maybe see them at Thanksgiving. There is talk of that, but either way, of course I want to explore the family again. I think it would be nice to see them in a different setting besides Christmas.

Is there anything in a potential season 2 that you would want to explore with Bridget? Something maybe they touched on or something they haven’t yet.
Chelsea Frei: I think with her, the issues that she’s dealing with, like with this romantic drama, I think there’s a bigger issue going on underneath. I would like to explore what’s happening in her career. She’s a lawyer and I think I’ve always sensed that there’s going to be another pivotal change with her. That she’s not totally happy with what she’s doing, that she’s not fulfilled. I think, in some ways, the way she’s dealing with her husband and the drama in her life is just almost a reaction to deeper issues she needs to face.

Because it can’t all stem from romantic drama.
Chelsea Frei: No and I also would love to get into it with my parents. I think she has this hilarious relationship with her mom that I totally relate to. It’s like a similar thing where she wants to know everything and it’s like this constant back and forth, but moms always are right. Even this morning my mom was picking out my outfit and she was like, “You should bring this.” I was like, “I’m not going to bring that, it’s too many things.” And then, of course, we’re leaving and I’m like, “Yeah, obviously we’re going to bring it.” So I think it’s just that I loved working with Elizabeth because I think we were both so on the same page about that, and we talked about that because she has a daughter and we both knew this relationship.

Is there anyone in a season 2 you want to maybe guest star to be another crazy cousin or something?
Chelsea Frei: Oh my god, that’s such a good question. My friend Blake Lee is one of the funniest people I know and he’s been in everything. He’s so funny. I feel like he could be a hilarious second cousin.

What can fans expect in these last 2 episodes?
Chelsea Frei: A lot. Fighting, more drinking, but also kind of wrapping up some of the questions with the kids. I think it’s really crazy. I’m thinking about it in my head and a lot goes down in those last 2 episodes. There’s a lot happening, but I think it’s a really sweet ending.

What else are you working on right now?
Chelsea Frei: I’m filming something here [in New York City] and then my first feature film that I co-wrote with my writing partner… we shot it in September and November when I was filming The Moodys, so we’re editing now and hoping to finish it up by the middle of next year. I love writing and I love producing. It was definitely the most challenging and stressful thing I’ve ever done in my life but also very, very rewarding. Already seeing bits and pieces of things I wrote that actors that I’ve admired forever are acting in, it’s crazy.