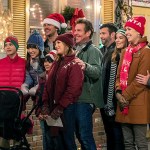 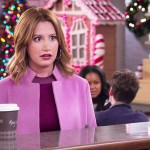 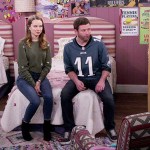 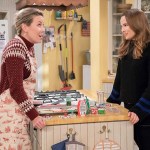 Adam Rose, who plays Todd on Netflix’s new holiday-themed original comedy series, ‘Merry Happy Whatever’, opened up about the family show in an EXCLUSIVE interview with HL.

Adam Rose is no stranger to unique and memorable acting roles and his latest role in Netflix’s original series, Merry Happy Whatever, is exactly that. The actor plays Todd, the Jewish son-in-law of Dennis Quaid‘s Christmas-loving character, Don Quinn, in the holiday-themed comedy, which focuses on the dysfunctional Quinn family, including Don’s four kids, coming together at his Pennsylvania home for the Christmas break, a few years after their mother’s passing. Things get pretty entertaining when Don’s youngest daughter, Emmy (Bridgit Mendler), who travels from her home in L.A., brings along her struggling musician boyfriend, Matt (Brent Morin), to meet her nearest and dearest for the first time. Between Don’s strict attitude and protective efforts, and Emmy’s opinionated older siblings, Matt hilariously ends up struggling with a lot more than music.

Adam’s character Todd, who is married to Don’s oldest daughter, Patsy (Siobhan Murphy), is trying to have a baby with his wife and stands out as kind of the patriarch of the in-laws or as he likes to call them the “out-law in-laws” in the series, and he and sister-in-law Joy (Elizabeth Ho), who is married to Don’s son, Sean (Hayes MacArthur), do their fair share of warning Matt to steer clear of their difficult father-in-law when he can. “I think Todd definitely thinks he’s cooler than he is, which I can relate to,” Adam lightheartedly said about his character in an EXCLUSIVE interview with HollywoodLife. “He’s desperate for his father-in-law’s validation.”

He also opened up about how a large part of his and Siobhan’s own storyline in the show is the struggle to conceive, which many couples can relate to. “We’re trying to get pregnant and running into some trouble doing so,” he explained. “That’s another thing that I really love about this series is that aside from the general hijinks going on within the family, with the youngest daughter bringing in this new guy, everybody’s got their own little storylines that are tracked throughout the season and we really see all of the characters go on this journey from beginning to end.”

“I hope people watch this series and laugh,” Adam continued when describing what he wants viewers to take from the overall story and characters. “I hope they get all the feels and I hope they see a family that is no different than their own, that everybody is dealing with the same sort of power struggles within their family and making sure that they don’t piss off their parents. I think everybody will watch this and feel like they’re not alone because they see families that are just like theirs.”

Although Merry Happy Whatever is definitely the project that Adam admits he’s most grateful for this year, it’s just one of many exciting opportunities he’s been able to embrace since he started acting in the 1990s. In fact, his very first film role had him playing the son of the late Robin Williams’ in Woody Allen’s 1997 comedy, Deconstructing Harry. It’s something he looks back on fondly. “I think we worked together for like three days on that movie and he was just so nice,” he said about Robin. “He was talking to me about video games. I remember me, him and my mom were all sitting on a stoop in New York City and we were talking about Nintendo 64 and Mario and stuff because he was an avid video game player. Obviously as a kid, you know, I knew him from Jumanji and Aladdin and I was in awe when I saw him and he couldn’t have been nicer.”

Adam also shared a fun fact about how the beloved comedian, who passed away in 2014, gave his nameless character a name. “My character didn’t have a name. My name was ‘Mel’s son’,” he admitted. “His name was Mel in the movie and I was Mel’s son but in one take I was like taunting him in the movie and at some point he just goes, ‘Reuben! Stop it!’ and then forever my name was Reuben after that.”

Another one of Adam’s most memorable opportunities includes the hilarious hip hop rap duo he started with fellow actor and good friend Raviv Ullman (aka Ricky Ullman), who many may know from Disney Channel’s Phil of the Future, in 2006. The WeBee Boys, as they were called, ended up becoming “a minor phenomenon” with a silly music video that “went on YouTube before YouTube was really a thing” and went as viral as it could back then. “Before groups like The Lonely Island, there was the WeBee Boys,” he happily said. “There were people around the world creating parodies of our videos and then we made some more music videos and then we started touring and we started doing live shows. We had a blast doing it and I don’t know what happened to it, we just kind of stopped doing it after a while.”

Although impressive, Adam’s past and present projects aren’t the only ones he’s feeling gracious about. His future is looking pretty bright as well. The talented young star will also be seen playing two very different roles in two of the most exciting series on television today: L.A.’s Finest on Spectrum and Carol’s Second Act on CBS.

“I’m really excited to be working on both of those shows,” he gushed. “It’s so cool, the two roles could not be any more opposite. In L.A.’s Finest I’m playing a character name Nathan who got out of jail recently for attempted murder and he was in jail for eight years and now he’s out and he kind of blames that whole experience on the guy who put him in there and he’s trying to find justice.”

“In Carol’s Second Act, I’m playing a character named Bad News Jake,” he continued. “He works in the ER and the reason he’s Bad News Jake is cause he brings patients to the doctors on the show at the eleventh hour and forces them to stay past their closing time basically. He’s also kind of an oddball character, he’s very nervous and kind of demure.”

Check out what Adam had to say about the future of Merry Happy Whatever, his favorite holiday traditions, and more by watching his full interview with HollywoodLife in the video above.

Merry Happy Whatever premiered on Nov. 28 and is currently airing on Netflix.