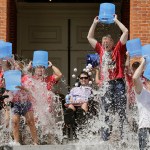 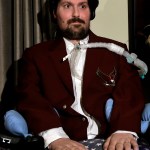 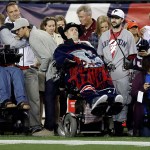 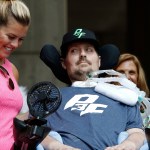 Pete Frates, who championed the ALS Ice Bucket Challenge, past away according to a sorrowful statement from his family released on Dec. 9. Here’s what you should know about the inspiring young man.

During the mid-2010s, the ALS Ice Bucket Challenge made a wave of impact on social media. Movie stars, TV personalities and everyone else, it seemed, were participating in the worthy cause. One of the Ice Bucket Challenge’s greatest supporters, though, was Pete Frates. Pete passed away at age 34 in the early days of December, according to a statement released by Boston College from the Frates family. “In his lifetime, he was determined to change the trajectory of a disease that had no treatment or cure,” his family wrote. “As a result, through his determination—along with his faithful supporters, Team Frate Train—he championed the ALS Ice Bucket Challenge.” Here are five things you should know about the inspiring young man.

2) Pete would eventually work at his alma mater. A huge baseball fan, Pete would go on to work as the director of baseball operations at Boston College in March 2012, a few years following his graduation.

3) He learned his diagnosis soon after getting his job. The same month that Pete learned he would be the director of baseball operations at Boston College, he was officially diagnosed with ALS (Amyotrophic Lateral Sclerosis). The disease causes the death of neurons controlling voluntary muscles. It left Pete with a mobility disability, thus using a wheelchair for the remainder of his life.

4) Pete earned a major nomination for his work in 2014. Pete was nominated to be Time‘s “Person of the Year” in December 2014, along with fellow ALS advocate Pat Quinn. The pair were nominated for their incredible work, including raising $220 million by August 2014 for ALS research.

5) Netflix will bring Pete’s story to the screen. In December 2018, it was announced that the streaming company would turn Pete’s biography, The Ice Bucket Challenge, into a feature film.