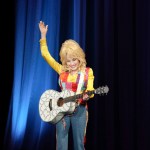 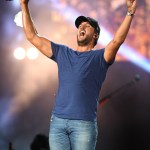 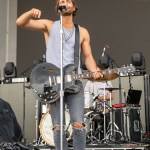 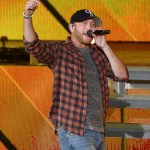 While you might be jingling all the way with holiday music, we’re shuffling up our playlists with some of our favorite country songs of the moment!

This fall filled us to the brim with amazing new music so let’s take a moment to reflect, shall we? Though we have transitioned into the holidays, there’s no shame in waiting a bit longer to dust off your holiday playlists and lucky for you, we’ve compiled the best, recent country tracks from our favorite artists. So snuggle up in your flannel, dust off the dirt on your boots, light a candle, sip some apple cider and jam out to Dolly Parton, Carly Pearce and Luke Bryan’s latest releases. We’re starting off with the queen herself, Dolly Parton, and her massive party jam “Faith” with Galantis and Mr. Probz. The song is a reworking of John Hiatt’s 1987 single ‘Have A Little Faith in Me,” and has apparently prompted Miss Parton to make more dance music! “It’s all about uplifting mankind and believing in a higher power. All the things we need in this dark, ol’ dreary world right now,” Dolly told Rolling Stone of the collab when it dropped in October. “I always know inside myself what’s right and what’s wrong to do, and this felt really right.”

Another song we’re loving that’s perfect for snuggling up with your S.O. during the holiday season is Luke Bryan’s “What She Wants Tonight.” Differing from his upbeat and quirky “Knockin’ Boots,” Luke shows his sensual side with the jam that the American Idol judge wrote with Ross Copperman, Hillary Lindsey, and Jon Nite. Of course, not all country songs can be about love, some have to be about love lost, and that’s exactly what Carly Pearce tackled in her Lee Brice collab “I Hope You’re Happy Now.” “I think we’ve all been on one side or both sides of this kind of a situation. And sometimes hearts don’t break even and that doesn’t mean that anything was necessarily bad from the other person. It’s just not your forever,” Carly told HollywoodLife in an EXCLUSIVE interview about the song.

Father-to-be Ryan Hurd‘s “To A T” still happens to be on repeat, and bleeds true romance that it’s more than evident he shares with his wife Maren Morris. Just imagine swaying along to the song — or even the acoustic version — with your loved one by the fire this holiday season, wrapped in a fuzzy blanket. That’s the good stuff.

The holidays always bring on a sense of nostalgia, and we’ve got Cole Swindell to listen to for that! His song “Right Where I Left It” embraces his hometown memories and the video will have you in your feelings, as it features his mom Betty Carol Rainey! “She is only in a couple of shots, but… when I hug her in the video, it says everything I want to say,” he told ET about his leading lady. “I would not be here without her. What a special lady,” he continued. “She deserves so much. She has taken care of me my whole life, and now I get to take care of her. There is no better feeling in the world.”

The ladies of Runaway June, fresh off their tour with Carrie Underwood, recently teamed up with heartthrob Levi Hummon to reinvent Dixie Chicks‘ “Cowboy Take Me Away” and it is a must-listen (plus we’re anxiously awaiting the Chicks new album, so this helps, in the meantime.) Speaking of covers, Candi Carpenter released a soulful version of Dolly Parton’s “Little Sparrow,” which she performed at the Grand Ole Opry to a standing ovation. as part of the star-studded celebration honoring Dolly Parton’s 50th year as an Opry member. Candi received praise from the Queen of Country herself who wrote on Twitter, “She is one of the greatest singer-songwriters I’ve ever heard, bar none. “I became a fan when I heard some demos and said, “THAT GIRL’S A STAR!” I think you will agree.” The HIGHEST praise of all!

Another talented young artist makes our list! JuJu Rossi recently debuted a new breakup anthem, perfect for those who are un-cuffing this holiday season. “I wanted it to be a reminder to girls that they are badass, and they can stand on their own two feet with or without a guy,” she told Whiskey Riff of the song. Up-and-comer Kendal Conrad brings to the list another empowering song called “Leader Of The Pack,” which brings R&B and pop to her already country sound. And finally, Steve Moakler‘s “Push” is the perfect, family-oriented, loving song that will keep you inspired this season. “Sometimes the mere title of a song leads you to the song’s heart, and that’s what happened with this song,” Steve told People about “Push.” “When times are tough, we have to remind each other that we have chosen each other. There are days when we don’t feel as close, but those are the days we really need to dig in and have the hard conversations and make sure we both know that neither of us are going anywhere. When you push through, you can find magic.”