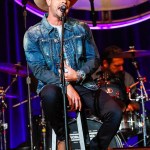 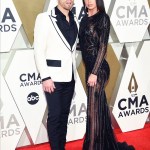 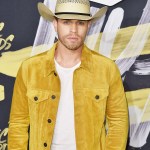 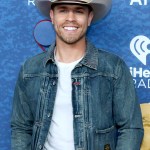 Just weeks after going public with his girlfriend, Kelli Seymour, Dustin Lynch is opening up about how the model inspired one particular song on his upcoming album in an EXCLUSIVE video for HollywoodLife!

Dustin Lynch hit the stage for an epic show at RADIO.COM’s Stars & Strings concert in Brooklyn, New York on Dec. 4, and before the concert, he caught up with NY Country 94.7’s, Jesse Addy, backstage! HollywoodLife has an EXCLUSIVE clip from Dustin’s interview, in which he dishes about his girlfriend, Kelli Seymour, and how she helped inspire the song “Country Star,” which is on his upcoming album, Tullahoma, due out on Jan. 17, 2020. This is the first record that Dustin has put out since he started dating Kelli.

“[Brian Kelley] from Florida Georgia Line brought me the song “Country Star,”” Dustin explained. “It’s an idea he brought to me, and we were trying to figure it out — do we write it about a country singer, or do we write it about stars out in the country? I had just purchased my farm in Tennessee right before we got together to write, and I’m like…I want to write it about taking someone out there and what we would do. So I think “Country Star” is that songs that speaks to [my relationship]. We haven’t gotten to do it yet, but one of these nights, we’ll head out to the farm together!”

Back in April, Dustin confirmed that he was in a new relationship, but he took care to keep his love life out of the public eye until months later. The pair made their first red carpet appearance at the BMI Awards in Nashville on Nov. 13, then made their big public debut at the CMA Awards one day later. After the show, Dustin revealed on The Sam Alex Show that he actually met Kelli after sliding into her DMs on Instagram.

Just because Dustin is in a happy place in his personal life right now, though, doesn’t mean there won’t be some heartbreak inspiring Tullahoma! “There’s some breakup songs,” Dustin admitted in the Stars & Strings interview. “I haven’t really done a whole lot of breaking up. There’s some pretty heavy breakup songs, there’s some missing you songs. There’s a couple tips of the hat to my hometown that we haven’t done yet on albums.” We can’t wait to hear it!