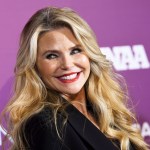 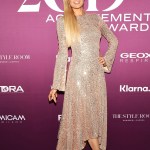 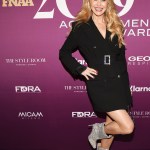 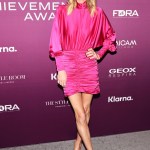 Colombian Reggaeton singer J Balvin spoke to HollywoodLife about his viral speech that addressed the ongoing violent protests in his home country.

J Balvin took the time during his Medellín show in Atanasio Girardot Stadium to speak to his fans about the anti-government protests in response to Colombian President Ivan Duque’s policies, that have left at least one student dead. At the Footwear News Achievement Awards, where the Colombian reggaeton singer was honored as Style Influencer of the Year, he spoke to HollywoodLife.com in an EXCLUSIVE interview and revealed why he addressed the unrest. “Colombia’s going through a hard situation right now. It’s not the worst, because we’ve been through worse situations, but it’s a little [bit of] mess right now,” J Balvin explained. “The youth is going out because there is something they’re missing right now, and I’m with them, as long as it’s in a specific way and there is no violence. They’ve got their rights and they’ve got to fight for their rights.”

The “I Like It” collaborator continued, “We’ve got to support the youth, as long as it’s all about love and tolerance, they can go out and request whatever they want.” J Balvin spoke to HL as he was rocking an eccentric Dior ‘fit, and also compared his love for fashion to making music. “I keep looking for what’s my style. I’m like, ‘how does it feel?’ The same when I do music — the more I do music, the more I find myself,” he said. “It’s the same with fashion, I don’t even call it fashion, it’s the way I feel. It’s a way to express myself.”

Balvin dished on his new song with the Black Eyed Peas, ‘Ritmo,’ which samples Corona’s “Rhythm Of The Night,” and makes a reference to the viral “Reebok or Nike,” which he said he “absolutely” had to include. “Everybody was talking about that, and I was like ‘You know I got to put it on my verse!'”