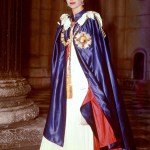 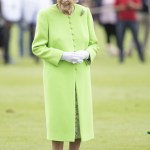 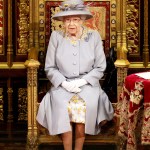 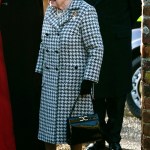 Donald Trump and Melania Trump met up with the Royal Family, including Queen Elizabeth, Prince Charles, and Kate Middleton when they happily attended the NATO reception in London on Dec. 3.

Donald Trump, 73, and wife Melania Trump, 49, were all smiles while attending two events with the royals on Dec. 3 and eye-catching pics show off the pleasantries between them. The President and the First Lady first went to tea with Prince Charles, 71, and his wife Camilla, 72, at Clarence House in London earlier in the day and then showed up to Buckingham Palace for the NATO reception that same night, where they met with Queen Elizabeth, 93, as well as Kate Middleton, 37. Kate’s husband, Prince William, 37, didn’t attend the event due to being away in the Middle East and Prince Harry, 35, and his wife Meghan Markle, 38, are currently on a six week break from royal engagements.

At the reception, the leaders appeared to be having a great time as they enjoyed some discussions and laughs between them. Donald wore a classic dark blue suit, white shirt and blue tie, at the event and Melania looked stunning in a yellow Valentino coat and fuchsia heels. Charles opted for a navy pinstripe suit and Camilla looked lovely in a red dress while the Queen wore a patterned dark green skirt set and Kate donned a long-sleeved emerald green dress.

The impressive celebration that brought together the U.S. and British figures was held to commemorate the 70th anniversary of NATO, which is an intergovernmental military alliance between 29 North American and European countries. Some other notable people who attended the reception included Turkish President Recep Tayyip Erdogan, Chancellor of Germany Angela Merkel, Prime Minister of the Netherlands Mark Rutte, and Canadian Prime Minister Justin Trudeau.

In addition to greeting each other and having conversations at the event, all the leaders of the NATO alliance countries posed together for a photo with the Queen, which helped to show off the memorable occasion.