Put away the snow-blower and shovel. Conor Matthews is ready to slow it down and have a quiet Christmas with his love in the video for his sweet, R&B holiday jam, ‘Snowed In.’

When does a little bit of engine trouble lead to the best Christmas ever? When you’re Conor Matthews, and you’re about to be “Snowed In.” At the start of the visual, released on Dec. 3, the Illinois native struggles to get his engine to turn over. Left with no other choice, he begins to walk. As the song plays, Conor paints a sweet, holiday scene that has him and a love “sittin’ by the fire, just me and you.” The song is a snow-kissed serenade one that warms the body like a sweet cup of cocoa on a cold December morning. As it finishes up, the video ends with Conor knocking on a door. If the person he wants to spend Christmas with is behind it, then he’s in for the best holiday ever.

“We wouldn’t have to go outside / If the roads were closed, we couldn’t drive / But if we wanted to, we could bundle up / And build a snowman just for fun / I’m not sayin’ I don’t love Christmas in the city / But if there was a way to keep you with me / I’d trade all the presents that I’ll ever get / Just to hear the choir for a little bit,” sings Conor, lyrics that hint how this song is destined to be a new Christmas classic. Though the song references New York (“City shining like Manhattan, storefront sleigh bells ring”), the video for “Snowed In’ was filmed near Conor’s home in the Chicago suburbs.

“I actually was challenged to write a new Christmas song that sounded like it could be a classic,” Conor tells HollywoodLife when describing “Snowed In” and the process behind its creation. ”I was brainstorming titles with a couple of friends, and one threw out the idea of a snow day, and I thought that was a pretty cool thought for a romantic Christmas song. Every Christmas season that I can remember, I’ve wanted to get snowed in – whether it was to skip school when I was a kid or to just be lazy with somebody.” 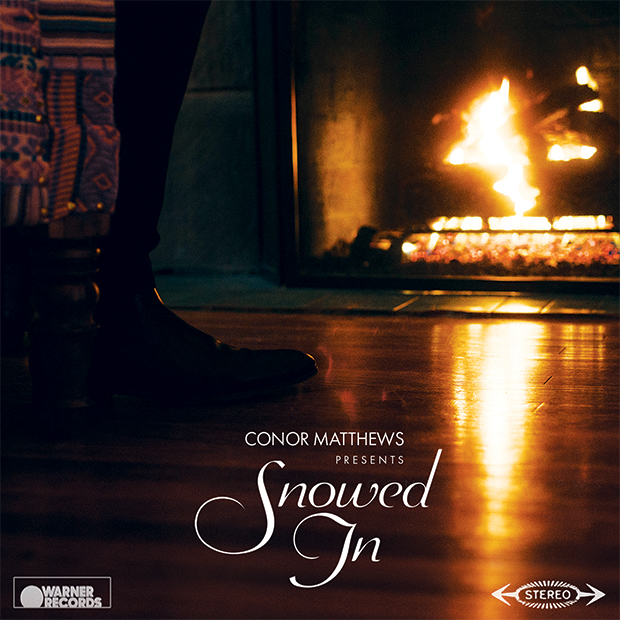 What about that Corvette in the video? It actually has a significant meaning. “We had that old corvette growing up in high school, it’s always been my favorite car,” Conor tells us. “And my little brother would fight me but I say it’s mine [laughs]”

It’s been quite a 2019 for Conor. He’s released a handful of singles – “On and On,” “Heaven Help Me,” “Too Late” and “Midnight Flight” – and is about to gift his fans with a new present. On Dec. 6, he’ll release an acoustic EP, Stripped. He gives five of his songs the MTV Unplugged treatment, stripping away the smooth R&B production to allow his skillful songwriting and smooth vocals to shine in the spotlight.

“I love Unplugged, but I ended up doing this project because I love showcasing songs and vocals in the rawest form,” Conor tells HollywoodLife about Stripped. “There are so many cool layers that go into a finished record, but every now and then I think it’s important to let people see the behind the curtain, because to me the purest version of an artist is the songs and the voice that sings them. Artistry and sounds develop and change so much along the way, I just wanna give listeners a snapshot of how the music was created.”

Growing up in Lemont, Illinois, Conor learned to hustle from his father, a Chicago-based commodities broker. He worked summers as a runner for him at the Chicago Board of Trade, and while his siblings would follow his father into professional finance, he had a different path set before him. “My parents had bought this little Casio keyboard for all of us to mess with,” said Conor. “No one touched it but me. Then one day, when I was 6 or 7, my mother heard me playing ‘The Star-Spangled Banner’ and put me into piano lessons.”

Conor might have ended up one of the biggest names in country music, if not for a fateful road trip. A chance meeting with a music industry executive while Conor was working at a Nordstrom’s would lead to a meeting with Keith Urban, who, in turn, facilitated a meeting with Warner Chappell Music. Conor signed a publishing deal, which resulted in him writing with Sam Hunt, Ash Bowers, Rhett Akins, and other Music Row mainstays. While taking a road trip with a friend who didn’t have the endurance for the genre (“After a few hours she said, ‘If I have to listen to one more country song, I’m gonna kill myself. Let me play one song that I like.’”) Conor was exposed to Justin Timberlake’s “What Goes Around Comes Around.”

From there, Conor dove deep into JT, Bruno Mars, Chris Brown, Usher, and other modern pop/R&B innovators. With this new path illuminated, Conor enrolled in vocal training, took up dance lessons, and is preparing for a move out to Los Angeles to become the biggest name in R&B.

First, though, he’s going to spend Christmas with the family – and celebrate a particularly unique tradition. “First of all,” he tells HollywoodLife, “my mom loves bananas, gonna need that for some context. But my favorite tradition is every year all my mom gets in her stocking is a half-eaten rotten banana…which sounds kinda cruel, but oh well. If you can’t laugh, what can you do [laughs]”